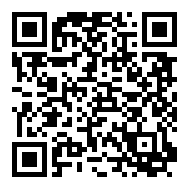 The production of five highly poisonous pesticides will be banned to ensure the safety of agricultural products, a senior official said Monday.

Gao Hongbin, vice-minister of agriculture, made the announcement at a media briefing where he reported the progress of the country's campaign on food safety and product quality.

Since the country has banned the use of the five pesticides, including methamidophos, in agricultural production from January 1, the ministry plans to forbid all factories from producing such pesticides, Gao said.

Currently, 16 factories are producing the pesticides, mostly for export, he told the news conference organized by the State Council Information Office.

The vice-minister admitted that if production were allowed, even only for export, the pesticides could be used domestically.

Ministry figures show that the export volume for the five banned pesticides is about $20 million a year. Last year, about 28,000 tons were shipped to 60 developing countries including Brazil, India and Argentina.

Gao said the ministry is also considering drafting a regulation on the labeling of pesticides to make it clearer and easier to read.

The issue of Chinese product quality came into the spotlight after a spate of safety scares around the globe earlier this year. In response, the State Council launched a four-month campaign in late August to improve quality.

The ministry reported that it had revoked the licenses of seven enterprises for the production of highly poisonous pesticides and confiscated 479 tons of illegal pesticides during the campaign.

The latest random check of 100 wholesale markets across the country showed that 94 percent of vegetables, 99 percent of animal products and 95 percent of aquatic products tested meet drug residue standards, all higher than before the campaign.

Gao said the measures are not temporary. "The campaign will end at the year-end, but these policies won't," he said.