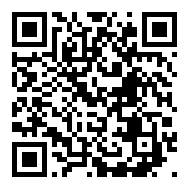 Monsanto Companys (NYSE: MON) Chief Financial Officer Carl Casale today will share guidance for 2010 that underscores the strength of the companys seeds and traits business as well as resets expectations for Roundup® and all other glyphosate-based herbicides.

Casale will reaffirm full-year 2009 ongoing earnings per share (EPS) at the low end of its previously-announced range of $4.40 to $4.50 and update key drivers for this guidance. Gross profit for Roundup® and other glyphosate-based herbicides is expected to be lower than anticipated, offset by an expected slightly higher seeds and genomics gross profit, incremental selling, general and administrative savings, and a lower tax rate. Monsanto expects ongoing EPS in the range of $3.10 to $3.30 for fiscal year 2010, Casale will say in prepared remarks at the UBS Fourth Annual Best of Americas Conference in London. (For a reconciliation of 2009 and 2010 ongoing full year EPS, see note 1.)

Casale will re-emphasize the companys commitment to more than doubling gross profit in fiscal year 2012 over its fiscal year 2007 base, with seeds and genomics making up 85 percent of the total gross profit mix by that time. The company expects to achieve these results by making its farmer customers around the world more profitable, he will explain.

"Globally on the farm, the underlying economic proposition is still positive and the need for more yield is still a valid near- and long-term assumption; on the other hand, there is some near-term supply/ demand imbalance in the chemical side of agriculture," Casale will say. "We are now managing our way through a competitive spike in the supply of generic glyphosate. The financial effect for us has been that we are now targeting to optimize the gross profit from Roundup® and other glyphosate-based products at $1 billion annually. While we can see a path to the $1 billion target in 2012, there are multiple headwinds causing us to forecast below that mark in the next two years."

The global branded net average selling price will be approximately $10 to $12 per gallon in 2010, with premiums more in line with historical norms. Volumes for Roundup® and other glyphosate-based herbicides are targeted at more than 250 million gallons for fiscal year 2010.

"In short, our growth as a company will not be driven by the 15 percent of the business that will be the agricultural productivity segment, but by the 85 percent that will be seeds and genomics," Casale will explain. "Said another way, the 20 percent compound annual growth rate for seeds and genomics from 2007 to 2012 is tied to the most critical and sophisticated choice the growers make each year, and the one that they will value above any other input. Our growth is tied to the things we can control: the pace of innovation and the speed to market."

By 2030, the world population is expected to top 8 billion people, with rising income levels that will shift dietary preferences to more animal protein consumption, Casale will say. Monsanto is uniquely positioned to meet this incremental demand with its global germplasm pool and robust pipeline that are enabling advances such as drought-tolerance and yield. This has led to next-generation products that consistently deliver value to farmers around the world.

The companys use of cash will continue to focus on areas that contribute growth and return value to shareowners, Casale will highlight, citing a continuing commitment to use free cash flow for a combination of investments, dividends and share repurchases.

The company also will announce that it is increasing its restructuring reserve to a range of $550 million to $600 million based on the identification of additional cost-saving measures. This reserve will support the companys previously announced restructuring efforts for fiscal years 2009 and 2010, which were outlined as part of its third quarter earnings materials and upon completion will result in an approximately 8 percent reduction of the companys global workforce. The company anticipates the majority of this reserve will affect its 2009 fiscal year. The company expects the restructuring to reduce future costs by $220 million to $250 million annually, with approximately one-third of that range realized in fiscal year 2010. The full benefit of the savings will be realized beginning in fiscal year 2011.