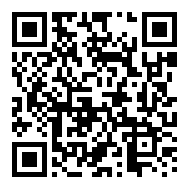 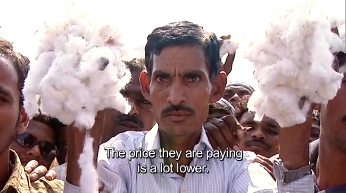 The India government’s decision to allow the Central Institute of Cotton Research (CICR) to market domestically developed straight line varieties of BT cotton could bring down the seed cost of cotton farmers sharply.
The Indian varieties of BT cotton will be at available at just Rs150 per kilogram compared to the Rs2,000 per kilogram cost of BT cotton seeds manufacturerd under license from US-based biotechnology firm Monsanto.
On 19 August, the ministry of agriculture wrote to the Prime Minister’s office informing it that CICR can proceed with developing domestic varieties of BT cotton as Monsanto’s patent on gene MON 531 or Cry 1 expired in 2012 in the US. In India, the gene was never patented. Mint has a copy of the letter.
The Mon 531 Cry 1 is the gene added to cotton seeds to provide protection to the cotton plant from the attack of bollworm, the most commonly found pest on the cotton plant. The presence of this additional gene makes the cotton seed variety a BT or biologically modified variety.
The letter further adds that the ministry has asked the Indian Council for Agricultural Research (ICAR), under which the CICR works, to develop Indian BT cotton varieties and provide them to farmers after getting clearance from the environment ministry.
Wardha-based farm right activist Vijay Jawandhia, whose correspondence with Prime Minister Narendra Modi prompted the agriculture ministry to look into the patent on Mon 531 gene, said the patent in the US had ended in 2012. Since then other countries like Pakistan had developed 31 new varieties of BT cotton and made it available to farmers.
“The government should make available Indian BT seeds to farmers but an inquiry should be ordered by Central Bureau of Investigation into who allowed Monsanto to collect royalty from Indian farmers when company never had a patent on MON 531 in India,” said Jawandhia.
“Monsanto has various intellectual property rights covering its cotton technologies in India. The MON 531 event (BG I) which expresses the Cry1AC gene has not been, in itself, patented in India by Monsanto,” a spokesperson for Mahyco Monsanto Biotech (India) Pve Ltd said in an emailed response. “However, Monsanto does enjoy proprietary rights over the MON531 event pertaining to regulatory data, biological materials, trade secrets, know-how and the like. The technology registrant also has proprietary rights and corresponding obligations over technologies commercialized under its registration/approvals for MON531 granted by regulatory authorities such as GEAC and applicable Indian laws”
“The MON 15985 event has MON 531 as a component to which Cry2Ab has been added, providing additional mode of action, and leading to wider spectrum of insect control. Monsanto has been granted a patent in respect of the MON 15985 event in India. We claim proprietary rights over the MON 531 event by virtue of the various buckets of rights available to us and hence our claim has to be viewed from a holistic perspective rather than a singular patent lens.”
According to the Cotton Corporation of India, a government body, the country’s total cotton production was at 375 lakh bales (each bale consist of 170 kg of cotton) in 2013-14.
Cotton productivity is higher in states like Punjab, Haryana and Gujarat, while other states like Maharashtra, Andhra Pradesh, Telangana and Karnataka have lower productivity due to their high dependence on the monsoons.
States like Maharashtra, Andhra Pradesh, Telangana and Karnatka have also reported high incidence of farmer suicides since the cultivation cost of BT cotton is high and the losses incurred on account of a crop failure are tough to absorb for small farmers.
Some of this could get addressed if the cost of cotton seeds comes down through domestically developed varieties.
“We along with 11 agricultural universities in India have developed 21 varieties of Indian BT cotton and we are gearing ourselves to take these varieties to farmers by 2017,” said Keshav Kranti, director of the Nagpur-based CICR.
Apart from the lower cost, Indian BT cotton varieties can also be reused, said Kranti.
“They can be reused for next year’s sowing as we have developed BT varieties using traditional straight varieties and not the hybrid varieties like private companies,” he said.
Replying to query by an email, Mahyco Monsanto Biotech India Pvt. Ltd. (MMB) said that it is not aware of any developments that would impact the company.
“Further, we receive trait fees in consideration for our technology solutions and services to Hybrid Cotton Seed companies. We believe in the power of innovation and partnerships to help farmers benefit. To this effect, MMB has collaborated extensively with over 45 Indian seed companies to ensure India’s cotton farmers have the widest choice of hybrid Bt cotton seeds while providing the technology to a broad spectrum of cotton see companies,” said the company in its response.