US EPA stands by dichlorvos 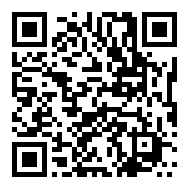 Favorites Print
ForwardShare
Dec. 12, 2007
The US EPA has denied a petition by the Natural Resources Defense Council (NRDC) to ban the use of the organophosphate insecticide, dichlorvos (DDVP). The NRDC's claims that the Agency improperly assessed the toxicity of dichlorvos and its dietary and residential exposure are "without merit", the EPA says. It also denies the NRDC's claim that its risk assessments involved the unlawful removal of the additional safety factor for the protection of infants and children.
The NRDC filed its petition with the EPA in 2006 and followed this with a lawsuit earlier this year. Following the submission of the NRDC petition, the EPA determined that dichlorvos was eligible for re-registration, subject to certain use deletions and label amendments by the registrant, Amvac Chemical. A formal cancellation order was issued in October 2006.
The EPA recently proposed to end the special review of dichlorvos, which was initiated in 1988. The risk concerns that led to the opening of the special review were eliminated or mitigated during the re-registration process, the Agency points out. The special review is due to be formally concluded this month.
View More