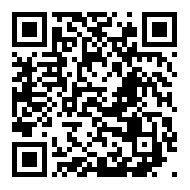 Food Standards Australia New Zealand (FSANZ) called for submissions on an Application made by Monsanto Australia Ltd seeking permission for food derived from corn line MON87403.
MON87403 has been modified to have increased ear biomass at an early reproductive phase compared to conventional corn. This modification is achieved through expression of a truncated ATHB17 (Arabidopsis thaliana homeobox-leucine zipper protein 17) transcription factor encoded by the ATHB17 gene from Arabidopsis thaliana.
FSANZ Chief Executive Officer Steve McCutcheon said the GM corn line had been modified to have larger kernels at an early reproductive stage, which leads to increased yield at harvest.
“FSANZ conducted a thorough safety assessment on the application, which included comparing the GM corn with a non-GM corn from a molecular, toxicological and nutritional point of view,” Mr McCutcheon said.
“The aim of the assessment is to find out if there are any differences between the GM food and its conventional counterpart. No public health or safety issues were identified and the corn was found to be as safe as its conventional counterpart.”
Submissions are invited from government agencies, public health professionals, industry and the community.
The period for comment closes on 28 October 2015.