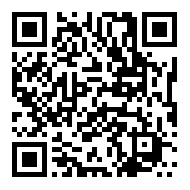 Favorites Print
ForwardShare
Dec. 12, 2007
The Indian Supreme Court has issued notice to the government on a petition that challenges a government notification on the import of genetically modified processed food. The notification, issued by the Ministry of Environment and Forests in August, allowed the import of GM processed food without regulatory checks on the importing agencies.
Article 11 of the Rules of 1989 under the Indian Environment Protection Act only allows GMO-containing food to be imported with the approval of the Genetic Engineering Approval Committee. Indian rules also require the labelling of such foods. But the Ministry issued the notification under article 20 of the rules, which provides exemptions from other articles.
Indian environmental organisation Gene Campaign had petitioned the Court deeming the exemption unconstitutional. Gene Campaign also claims that the exemption violates the Cartagena Protocol on Biosafety, which lays down procedures on trade in GMOs.
View More