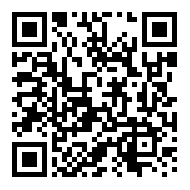 The 608 voluntary test samples submitted to the USA Rice Federation represented a total of more than 1.62 million metric tons (about 36 million cwt) of long-grain rice in the five affected states, of which all but one half of one percent (0.5%) of the total were negative for the Bayer CropScience Liberty Link (LL) traits.

“That de minimis presence for Liberty Link is a good result, and will go long way toward showing key export markets that the U.S. rice supply meets their regulatory requirements,” Cummings said. USA Rice is working diligently with the U.S. Trade Representative’s office, members of the U.S. Department of Agriculture’s Foreign Agricultural Service, European Commission officers and members of the European rice industry to reestablish trade with the European Union, he said. USA Rice is also working to reduce onerous and unnecessary testing requirements in other markets.

The focus is on the long-grain rice crop, he said, because the LL traits were found only in that type of rice. BASF, the producer of Clearfield 131 will withhold that seed from the market until 2009 to assist in the LL trait removal, Cummings said.

“The integrity of U.S. rice is not an issue,” Cummings said. “U.S. rice offers the high quality that consumers want and that foreign competitors cannot match.”