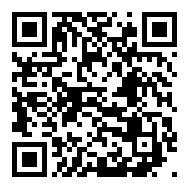 Marrone Bio Innovations, Inc., announced that it has completed a $40 million loan financing.
The financing involves the company's issuance to the lenders of Senior Secured Promissory Notes in the aggregate principal amount of $40,000,000, accruing interest at a rate of 8% per annum, with $10 million payable 3 years from the closing, $10 million payable 4 years from the closing, and $20 million due 5 years from the closing. The company also issued to the lenders warrants to purchase up to an aggregate of 4,000,000 shares of Common Stock at an exercise price equal to $1.91 per share (subject to certain limitations on exercisability). The company currently intends to use the proceeds of the loan for working capital and other general corporate purposes.
Pam Marrone, Chief Executive Officer, said, "We are grateful for the support of our lenders in recognizing the long term potential of the Company."
The company also announced that James Iademarco, the company's president and chief operating officer since January 2015, has elected to resign effective Aug. 31st, 2015. To assist with the transition of various pending matters, Mr. Iademarco has agreed to remain available to advise the Company in a consulting capacity for an additional period of up to 90 days.