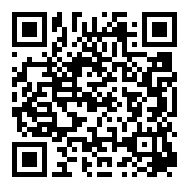 Favorites Print
ForwardShare
Jul. 31, 2015
Global rice prices are likely to surge by 10 percent to 20 percent in the next few months as an El Niño weather pattern grips top producers in Asia, baking the region's croplands and whittling down stocks of the grain to multi-year lows.

While higher prices of a key staple would be bad news for impoverished countries in Asia and Africa, lower output will help No.2 exporter Thailand offload its bulging stockpiles that have weighed on the rice market and pushed benchmark prices down to 7-1/2-year lows of $367.50 per tonne in June.

Below-average rainfall linked to El Niño has already disrupted rice transplantation in India, led to a drought in seven out of 67 Thai provinces during what should be the wet season and cut Vietnam's output expectations.

Exports from the three countries, which account for 68 percent of the world rice trade, are seen at 27.2 million tonnes this year, down 6.2 percent from a year ago, according to the U.N. Food and Agriculture Organization (FAO).

"Prices could jump 10 percent by the year end," Rao said, reversing similar losses seen in the past five months.

In fact prices could rise even more, given that weather bureaus from across the world are predicting a strong El Niño, which typically leads to crop-damaging scorching weather across Asia and east Africa but heavy rains and floods in South America.

"If August rains remain patchy, like July, then rice prices could rise up to 20 percent in a few months," said a New Delhi-based dealer with a global grains trading company.

The FAO estimates the stock-to-use ratio, the level of inventories relative to domestic consumption and exports, at the world's top five rice exporting countries will drop to 19 percent in 2015/16, the lowest since 2007/08.

Rice stocks in the five - India, Thailand, Vietnam, Pakistan and the United States - were drawn down in 2014 when world trade in rice rose to a record 42.8 million tonnes.

Industry sources say the impact of Thailand's inventory, built up under the previous government's rice-buying program, is also waning as only 60 percent of it, or about 9 million tonnes, is fit for human consumption after prolonged storage.

Demand, however, is expected to pick up as buyers rush in to stock up on the grain on fears El Niño will eat into supply.

The Philippines, one of the world's biggest rice importers, indicated last week that it could ship in more rice to boost buffer stocks and keep local prices stable.

Traders are expecting top importer China, as well as Nigeria, to react similarly in the coming months.

China's 2014/15 imports could rise 8 percent to 4 million tonnes, while overseas purchases by Nigeria could jump to 3.7 million tonnes, up 9 percent from last year, according to International Grains Council estimates.

"Importers haven't built inventory since prices were continuously falling. Once prices start rising, they will increase purchases" to avoid having to buy at even higher rates later, said a Bangkok-based rice exporter.