UPL completes purchase of 40% of SinAgro 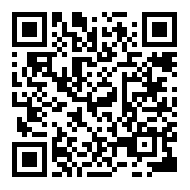 Corteva Agriscience Signs Agreement to Acquire Stoller Group, One of the Largest Independent Biologicals Companies in the Industry

Indian agchem company United Phosphorus Limited (UPL) announced the conclusion of the purchase of Brazilian firm SinAgro. The acquisition process started in March of this year and obtained the release of Brazil's Administrative Council of Economic Protection (Cade) - the anti-trust agency of the Justice Ministry.  All requirements have been met in the pre-agreement signed between the two companies, which allowed official business on 29 June, 2015.
Headquartered in the city of Primavera do Leste in the state of Mato Grosso, SinAgro is a company in the fields of agricultural production, dealerships and tradings with 14 years of existence. It is present in 58 municipalities of Brazilian states, with eight warehouses and 13 distribution unities. The company is also a representative of suppliers such as Syngenta, Arysta and Bio Planta, and etc.
According to Marcos Antônio Vimercati, who will continue to be president of SinAgro, the capital contribution of this transaction will lead the company "to a whole new level at a time that the market passes through a very big stress". The values of the deal were not unveiled, but Vimercati assured that, besides the money, the new partner will contribute with its "know-how".
According to the agreement, SinAgro will be divided into two new companies with the goal of separating revenue and harmonizing governance. One the new companies will be SinAgro Agricultural Products and will be responsible for input sales, barter operations and commercialization of commodities. The other company is named 3SB and will be engaged in agricultural production with 63,000 hectares of soybeans, corn and cotton.
"Between 2016 and 2017, when all the governance is implemented, we will think of an expansion plan to other areas, it could be either in distribution or increasing the planted area," says president Vimercati. SinAgro earned R$ 1.5 billion last year and forecasts a growth of 13% for 2015 (R$ 1.7 billion). UPL declared a global revenue of US$ 2.2 billion in 2014.
View More