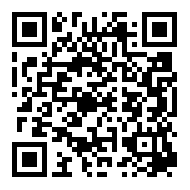 Favorites Print
ForwardShare
Jul. 21, 2015
The North Korean News Agency (KCNA) has reported that drought conditions during the spring 2015 planting season has resulted in less rice sown, along with stressful growing conditions for newly planted rice and other summer crops such as corn and soybeans. Statistics from the National Coordinating Committee indicated that 441,500 hectares of rice had been planted as of June 8, about 80 percent of the 543,500 hectares originally planned. In North and South Hwanghae provinces, which account for about one third of North Korea’s total rice area, plantings were down 80 percent and 58 percent, respectively. USDA’s Foreign Agricultural Service, using satellite imagery, has confirmed that transplanted rice area is rice area is significantly less than last year in these two provinces.
For more information, please click the link: http://www.pecad.fas.usda.gov/highlights/2015/07/northkorea/index.htm

Source: USDA
Click to bookmark and build your agrochemical knowledge base
Print
ForwardShare