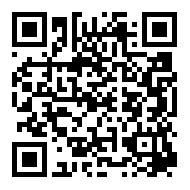 Total area planting to India’s 2015-16 Kharif (main) rice crop (June - December) stood at around 13.211 million hectares as of July 17, 2015, up about 4% from around 12.655 million hectares planted during the same time last year, according to a press release by the Agriculture Ministry.
India received 6% below normal rainfall in the third week of July, according to the Indian Meteorological Department (IMD). Central, south peninsular and north-east regions received 15%, 13% and 4% below average rains during the week. However, the north-west region received 12% above-average rainfall. Analysts are concerned that less rainfall in July could severely impact rice yields.
If rains do not pick up in the next few days, a substantial decline in acreage and yields is possible, India Today quoted an official from the Agriculture Ministry. The IMD is predicting rains to improve in the central and southern regions after July 20.
A likely drought-inducing EI Nino this year is expected to lower production prospects this year. The IMD has forecasted the EI Nino pattern to reach to moderate to a strong one during the monsoon season (June - September).
The total Kharif crop sown area stands at 56.34 million hectares as on July 17, 2015, up about 63% from around 34.63 million hectares during the same period last year, according to the Agriculture Ministry.

Source: Oryza.com
Click to bookmark and build your agrochemical knowledge base
Print
ForwardShare