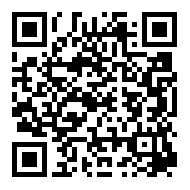 Gathered at the VII Brazilian Congress of Soybeans (Florianopolis, Santa Catarina), experts warned on the critical situation due to an Asian Rust outbreak in South America. The main problem is the so-called "soybean second crop", in which farmers opt not do crop rotation, but planting the soybean more than once a year.
In Brazil, this practice has been restrained by the government and soybean growers in most states already taken in the new rules. The problem, however, is in neighboring countries. In Paraguay, for instance, the second soybean crop area increases yet more each season.
"The productive system in Paraguay is at risk. If an intervention is not done, it is possible that in the next conference we will be talking about an infeasibility of soybean production in that country," alerted agronomist Claiton Rodrigues.
Research and Development chief at Embrapa Soja (soybean division), Ricardo Abdelnoor, pointed that Brazil need to have joint actions with Argentina, Uruguay, Paraguay, and Bolivia. He justified that the fungus spores can migrate with wind, migrating from the border of those countries to the Brazilian territory.
"If we want an effective control, besides Brazil, we need to have actions in other countries too. There is a need for an effective regulation and conciousness of producers and technicians in all countries. We have to think in good agricultural practices," said Abdelnoor.
Besides avoiding the second soybean crop, experts alert that other measures are necessary. One of them is to avoid the presence of host plants in the field with a larger fallowing. "The issue is no longer controversial, once it enables the sustainability of the productive chain and not a matter of choice," concluded the technical director of the Brazilian Association of Soybean Growers of Mato Grosso, Luiz Nery Ribas.
View More