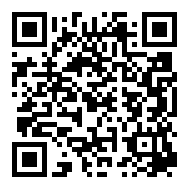 Favorites Print
ForwardShare
Jul. 3, 2015
Bayer CropScience plans to invest $50 million into its production facility in Muskegon Charter Township, according to a statement released by the company.
The company will make “significant” upgrades to production capacity with new machinery and equipment to produce its Liberty brand of herbicide, said Steve Smythe, plant manager at Bayer’s Muskegon facility. Production with the additional capacity is scheduled to begin in mid-2017.
The company’s expansion in Muskegon is part of a larger global initiative that will eventually double the production capacity of the company’s Liberty herbicide, Smythe said.
While Bayer CropScience doesn’t have any immediate plans for further expansions, Smyth suggests that there is plenty of room on the company’s 400-acre property in the Bayer Industrial Park to accommodate growth. The company’s campus currently encompasses approximately 40 acres at the site.
This latest project comes five years after the company invested $15 million in a 15,000-square-foot expansion to accommodate its Ignite brand of herbicide and position the company for future growth.

Source: mibiz
Click to bookmark and build your agrochemical knowledge base
Print
ForwardShare