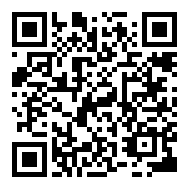 CropX, provider of the world’s most advanced adaptive irrigation service, recently announced it has completed the first close of its $9 million Series A financing. Led by Finistere Ventures, Innovation Endeavors, and GreenSoil Investments, each investor in the Series A round is dedicated to agriculture technology innovations. OurCrowd also participated in the round given its previous investment in the company.

“Before CropX, there was no cost-effective way to control our irrigation infrastructure,” noted Mike Mills, a Missouri farmer and CropX customer. “We are now able to accurately and easily manage our irrigation and make real-time adjustments – all from a smartphone and across multiple farms and fields. CropX’s solution allows us to lower our water and energy usage.”
With drought conditions accelerating around the globe, water management has become one of the most critical issues facing the farming sector. Driving a new era in AgAnalytics, CropX uses advances in the Internet of Things (IoT) and big data to transform traditional farming techniques. The investment will be used to aggressively expand the CropX team and scale the company to meet the increasing need among farmers for low-cost and simplified, remote control of their irrigation. It will also fund new product development including controls in nutrition, plant protection, and planting and harvesting prediction.

“As a pioneer in the AgTech sector, we are always looking for promising technologies with the potential to make a meaningful difference to farmers’ profitability and sustainability,” said Arama Kukutai, co-founder and partner, Finistere Ventures. “CropX is the first retail-priced solution allowing farmers to control irrigation to minimize water use, save on farm energy, augment yield, and control fertilizer runoff, thereby improving environmental compliance.”

The CropX system automatically analyzes the exact water needs of different parts of each field based on topography, soil structure, and current moisture. Farmers simply download the mobile app and place three wireless sensors in the ground. These sensors continuously send soil readings to the cloud, where the patent-pending CropX software determines how to effectively irrigate different parts of the field based on pattern-recognition analysis and revolutionary algorithms. Farmers can self-install the system without expensive infrastructure or significant consulting input during the installation process.

“CropX is our first AgTech investment since the launch of the Farm2050 collective, which has grown significantly since its inception in late 2014,” stated Innovation Endeavors Managing Partner Dror Berman. “CropX is a leader in the digital agriculture space, helping farmers globally overcome rising irrigation challenges. We are excited to support such a fantastic team that is building the future ag tools.”

CropX’s product was developed by a team of world-leading scientists and technology experts in Israel, a global leader in water conservation technology, and New Zealand, and was validated on-farm over the past five years.

“The world is running out of water, and, therefore, food. The U.S. drought is a growing problem that we must tackle head on. The farming industry is struggling to manage rising energy costs and restricted water supplies, while trying to decrease water waste and increase crop yields,” said CropX CEO Isaac Bentwich. “Our simple software service helps farmers easily grow more with less – and eliminates unnecessary water usage.”

Source: CropX
Click to bookmark and build your agrochemical knowledge base
Print
ForwardShare