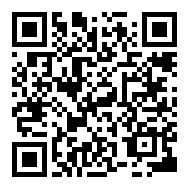 Favorites Print
ForwardShare
Jun. 15, 2015
With harvest time across US California, many of the state's once-robust crops — from the grapes that make world-famous wines to popular almonds — are anticipated to be smaller than usual this year due to the state's historic drought.
The water shortage has also led to shrinking orange and pistachio crops as well, the Sacramento Bee reported Sunday. Farmers in rural California are expected to feel the effect as an estimated 420,000 acres (170,000 hectares) of farmland, or about 5 percent of the total, has gone unplanted this year, according to the newspaper.
Also, economists at the University of California, Davis said that agriculture, once a $44 billion annual business in California, will suffer a financial hit of $2.2 billion due to revenue losses and higher water costs.
Another important crop affected by the drought is rice, which is served in restaurants across the U.S. and exported to Asia. About 140,000 acres (56,660 hectares), roughly one-fourth of California's rice fields went fallow this year, according to the California Rice Commission.
View More

Source: AgWeb
Click to bookmark and build your agrochemical knowledge base
Print
ForwardShare