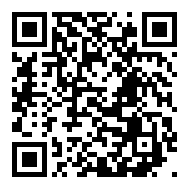 Globtec Investment LLC to invest additional US $300 million in Turkey 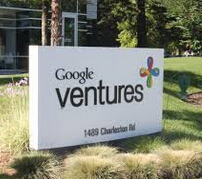 The San Francisco-based company, launched in January 2014 and co-founded by a former Google program manager, uses computer systems to evaluate public and private data on crop yields, weather patterns and planting practices. The company sells advice to farmers on how to increase their crop yields and cut wasteful fertilizer or pesticide use.

"Data is a tool for driving the next wave of productivity gains in the agriculture space," said Andy Wheeler, general partner at Google Ventures, who will join Farmers Business Network's board alongside the investment. "We're at the beginning stages of harnessing that data."

Google and other investors, including venture-capital firm Kleiner Perkins Caufield & Byers, an earlier investor in Farmers Business Network, are backing the company in a fast-growing sector that links Silicon Valley computing power with increasingly high-tech seeds and equipment that have spread across the U.S. Farm Belt.

Sifting vast quantities of data on weather and crop performance can help farmers grow more bushels of corn, soybeans and other crops per acre and cut back on unnecessary applications of fertilizer or pesticides, according to companies and farmers.

The push has attracted some of the biggest players in agriculture, including biotech-seed giant Monsanto Co., which has spent more than $1 billion on acquisitions in recent years to build its precision-agriculture division. One of the companies Monsanto bought, Climate Corp., was co-founded by former Google executives and had received an investment from Google Ventures. Food conglomerate Cargill Inc. is developing its own service and seed-and-chemical maker DuPont has said it expects to generate $500 million in annual revenue from data-driven farming services over the coming decade.

Startups such as Farmers Business Network, Farmobile LLC and FarmLink LLC are touting their independence from large agribusinesses as they jockey for a share of farmers' spending at a time when many farmers' incomes are being pinched by a sharp drop in grain and soybean prices since 2012.

Farmers using Farmers Business Network's $500-a-year service submit to the company their farms' data on past crop yields, which seeds were planted, fertilizer use and other practices. The company standardizes the data and analyzes it based on submissions from other farmers and the company's own database. It then returns to the farmer an analysis showing how his or her crops fared against farms working with similar soils and seeds, and suggests tweaks to planting and crop rotation. Tools to evaluate pesticide and fertilizer use also are under development.

"With more transparent information, we think there's a better way to farm," said Charles Baron, Farmer Business Network's co-founder and vice president of product and previously a program manager at Google who worked on energy projects.

The investment also expands Google's handful of stakes in food- and agriculture-focused startups. The company has invested in Impossible Foods, a Redwood City, Calif., company that is developing plant-based burgers and cheeses, and Granular Inc., a San Francisco-based firm that makes farm-management software.

Google is evaluating other possible investments in platforms that gather climate and field-level data, which systems like Farmers Business Network can interpret for crop producers, Mr. Wheeler said.

"As we look at the world population continuing to increase, we're going to continue to need to get higher and higher productivity out of our existing agricultural assets," he said.

Google Inc., dipping its toes into an emerging agricultural sector, is investing in a computerized farming network that crunches data on seeds and soil to help farmers grow more crops and save money.

Farmers Business Network Inc. on Tuesday closed a $15 million investing round led by Google's venture-capital division, which the startup intends to use to expand its field-analysis service into more states and crops.

Source: nasdaq
Click to bookmark and build your agrochemical knowledge base
Print
ForwardShare