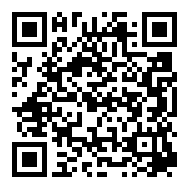 This imagery is part of  the BlackBridge Monitoring Program for Agriculture that has been running in North America since 2013. BlackBridge uses the RapidEye constellation of five identical satellites to regularly collect high-resolution imagery over the major North American agricultural areas throughout the growing season. The Climate Corporation uses this imagery, along with imagery from previous seasons, to extract in-season and historical field information for farmers to evaluate crop health and identify issues before they impact yield.

Clint Graumann, director of North America, the U.K., and Ireland at BlackBridge, is glad to see the company’s high-resolution imagery being used to help farmers through The Climate Corporation’s products and services. “It’s exciting to see the work that The Climate Corporation is doing with our imagery,” said Graumann. “The company’s decision-making tools put an incredible amount of information extracted from our imagery into the hands of the farmer.”

The Climate Corporation’s director of product management, Evin Levey, reinforced the value of high-quality satellite imagery in the company’s services. “We use satellite imagery as an essential foundation for our predictive models and are pleased to be working now with BlackBridge as a provider of that imagery,” said Levey. “By combining agronomic data with RapidEye satellite imagery, we can produce field information to help farmers better understand how their crop is performing through the season. With that better understanding, farmers can make decisions to address issues early and maximize their crop production.”

Source: BlackBridge
Click to bookmark and build your agrochemical knowledge base
Print
ForwardShare