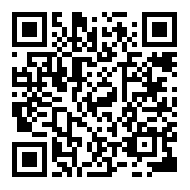 Brazil bans use of carbendazim fungicide

"We believe that the HB4 trait will help growers increase their yields under sub-optimal conditions, while preserving the maximum yield potential of the soybean crop"

The National Advisory Commission on Agricultural Biotechnology (CONABIA), an FAO reference organization on the biosafety of genetically modified organisms, and the Biotechnology Directorate from the Ministry of Agriculture, Livestock and Fisheries of Argentina recently concluded that Verdeca's soybean containing the HB4 trait is as safe for the environment as conventional soybeans.

These field trial results demonstrate that the HB4 trait provides up to a 14 percent yield advantage under multiple stress conditions typically found in soybean production areas.

"We believe that the HB4 trait will help growers increase their yields under sub-optimal conditions, while preserving the maximum yield potential of the soybean crop," said Federico Trucco, CEO of Bioceres.

"This trait is highly anticipated by our grower customers as well as commercial seed partners. Working through our Verdeca joint venture, the Bioceres and Arcadia teams generated extensive field data and applied for regulatory approval, while collaborating at the same time with multiple breeding partners in preparation for commercial launch. Our near-term goal is to continue to work closely with local and global regulatory agencies to pave the way for commercialization, and then make the trait as widely available as possible."

"Verdeca's HB4 soybeans can help farmers meet the growing global demand for soybeans by improving yield performance under environmental stresses common to agriculture, as well as those associated with climate change," said Eric Rey, president and CEO of Arcadia Biosciences. "Approval of the HB4 soybeans is unique for a company of our size in a major commodity crop, and is a major step forward to getting the trait into the hands of growers who need it."

Soybeans are the world's fourth-largest crop, grown on 110 million hectares worldwide. Global demand is projected to increase over the next decade as a result of population growth and the expanding middle class in highly populated countries such as India and China.

South America is the world's largest exporter of soybeans to both developed and developing countries, and more than 45 percent of the world's soybeans are grown in Argentina and Brazil. Verdeca's HB4 soybeans were developed to give farmers an option to help increase productivity and meet increasing soybean demand.