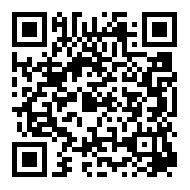 Favorites Print
ForwardShare
Apr. 7, 2015
The Labor Party in Western Australia has said all GM crops would be banned if it wins the next state election.

GM crops are banned in Western Australia, however there are two exemptions, GM canola and GM cotton.

Farmers have been growing GM canola in WA since 2010.

Darren West is a farmer and Labor party member. He said under Labor, WA would be GM free.

"I think we'd have to sit down with industry and work out a transition away from growing those genetically modified crops," he said.

"About 1,000 farmers have taken up the option of growing GM I'm told.

"The take-up hasn't been that great, there are 4,700 grain growers in Western Australia of which the vast majority have not chosen to take-up GM crops."