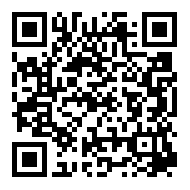 Their work, which will be published in the journal Genome Biology, has produced the first haplotype map of wheat, providing a detailed description of genetic differences in a worldwide sample of wheat lines.

The study included 62 wheat lines from around the world that were either modern cultivars or varieties not previously improved through formal breeding techniques, called landraces.

The scientists found 1.6 million locations in the genome where the wheat lines differed. The research team used this information to describe the impact of these differences on the function of tens of thousands of wheat genes.

Mr Akhunov said that genomics-based approaches are now being introduced into every wheat breeding program worldwide.

In future, the group aims to expand the work to look at genetic diversity in relatives of wheat. Mr Akhunov said: "These wheat relatives are known for being a reservoir of valuable genes for agriculture that can improve abiotic and biotic stress tolerance or other quality traits, and increase yield."

The project was coordinated through the International Wheat Genome Sequencing Consortium, and included groups in Canada, Australia, the UK and the US.