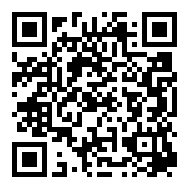 The minister said that efforts are being made to promote cultivation of hybrid rice through various crop development programmes such as National Food Security Mission (NFSM), Bringing Green Revolution to Eastern India (BGREI) and Rashtriya Krishi Vikas Yojana (RKVY).

Hybrid rice production has picked up during the last nine years, mainly because of increasing popularity of hybrid rice in eastern Uttar Pradesh, Bihar, Jharkhand, Madhya Pradesh and Chhattisgarh and area under hybrid rice has exceeded to 2.5 million hectares during 2014, which is about 5.6 per cent of the total rice area in the country, Kundaria revealed.

During 1996, hybrid rice sowing was recorded at 10,000 hectares that was increased to a million hectares till 2006.

Kundaria said that there are reports of incidence of bacterial infection, but no report about huge loss to paddy crop have been received from state governments of Tamil Nadu and Andhra Pradesh.

Centre for Cellular and Molecular Biology (CCMB) and Directorate of Rice Research (DRR) have jointly developed bacterial blight resistant variety ‘Improved Samba Mahsuri’ which variety was notified and released for cultivation in 2008.

The variety has so far spread to an area of 90,000 hectares in the states of Tamil Nadu, Karnataka, Telangana and Andhra Pradesh, the minister adds.