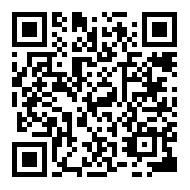 Indian agchem company UPL introduced during an event in the University of Passo Fundo last week its new product Unizeb Gold (mancozeb), which was claimed to be able to well control the resistance of fungicides when suppress the Asian Rust on soybean. The event gathered nearly 150 farmers, suppliers, and cooperative unions.

With a different formulation, the product was developed to be used on soybean, corn, and cotton crop. And because it is grainy, the product would be more easy for farmer to use. The company yet says that Unizeb Gold reduces the plant stress and works through several modes of action. That's why the product is considered "multi-site", according to the company.
According to UPL data, Unizeb Gold was used at approximately 6% of the Brazilian soybean crop in 2014/15. The company intends to reach 20% of the market for the next season. For Gilson Oliveira, market manager at the company, the contribution for an increase of national production of the oilseed will be very significant. "If all goes well with this average yields, we are going to put the Brazilian production at 100 million tons of soybeans," revealed Oliveira.

In a group interview with several media, Carlos Forcellini, a researcher and pathologist at the University of Passo Fundo, affirmed that Unizeb Gold was the only product available in the Brazilian market for fungicide resistance controlling. The expert also confirmed "there is an average output increase of seven bags per hectare, after a test period during the 2012/13 and 2014/14 season. “  "The best management strategy is to use the product along with new fungicides," recommended the expert.
View More