India to procure 30 Million tonnes of wheat in rabi season 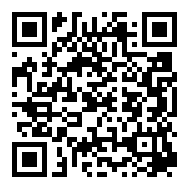 Apart from wheat, government has also fix a target of 350.50 LMT for procurement of rice for ongoing kharif marketing season (KMS) 2014-15, the minister adds.

The Minister said that the allocation of food grains after implementation of NFSA by all the states is estimated at 61.43 million tonnes, however, the average off take of food grains in targeted public distribution system (TPDS) and other welfare schemes (OWS) in last 3 years has been 53.99 million tonnes.
Danve said that since the targeted procurement is in excess of requirement and stock in central pool are much in excess of the prescribed buffer norms and strategic reserve, therefore, availability of food grains at reasonable price is ensured despite a shortage in rainfall.

The stock of food grains available in central pool as on January 1, 2015 was at 36.85 million tonnes that includes wheat stocks is at 25.11 million tonnes and rice is at 11.74 million tonnes, the minister adds.