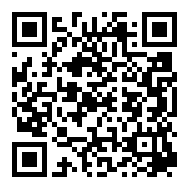 Favorites Print
ForwardShare
Mar. 3, 2015
Monsanto plans to release the new GM cotton variety called Bollgard III that is resistant to pests such as the cotton boll worm in the 2016-17 cotton season if it receives approval from the Australian Pesticides and Veterinary Medicines Authority (APVMA).

Monsanto entomologist Kristen Knight said they were introducing a third toxin, or active ingredient known as Vip3A, to help ensure the longevity of the technology.

"That means that each of those toxins has a different mode of action, or kills the caterpillar in three different ways," she said.

Ms Knight said she expected the resistance management plan (RMP) for the crop would change, if Bollgard III was released commercially.

"While we know the new protein will make the technology more robust we need to balance that against the risks of resistance developing."

Source: abc.net.au
Click to bookmark and build your agrochemical knowledge base
Print
ForwardShare