Syngenta hopes to maintain 20% revenue growth from India in 2015 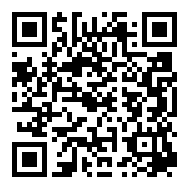 Syngenta hopes to maintain revenue growth of 20% from India in 2015 thanks to Narendra Modi government's push to agriculture infrastructure, post-harvest facilities and technology.

"Revenues from Syngenta's India operations grew at a faster rate than global revenues despite a poor southwest monsoon in the country and we hope to either maintain or better this trend in the current year as well," chief operating officer, Davor Pisk told Business Standard.

He said the growth will be maintained on the back of company's recent launches in seed and plant chemicals and also its backward integration plans with farmers.

Switzerland-based Syngenta is the world's largest crop chemicals company, with annual revenue of about $15 billion.

In the 2014 calendar year, it its earnings before interest, tax, depreciation and amortization (EBITDA) rose 1% to $2.93 billion. The Swiss company also reported full-year net profit of $1.62 billion, down 2% from 2013.

India operations constitute just 2% of the company's total global sales, but its growth rate is much faster than overall growth.

"We get almost 50% of our global business from emerging markets, of which India is the largest in the Asia-Pacific region," Pisk said. He said low crop yields in India as compared to other countries give him hope that the business in India can grow faster than expected.

"In the coming months, we will focus more on enlarging our hybrid rice, maize and vegetable seed portfolio in India, along with crop chemical business," Pisk said.

Syngenta India has also applied for regulatory approval for genetically modified corn and is working on seeking the same for GM rice.

Its Learning Centre, which seeks to provide complete farm solutions to farmers is expected to cover 2.5 million farmers by 2020. Presently, it provides such solutions to 500,000 farmers in the country.

"Karnataka and Maharashtra have recently allowed field trials of GM crops and we need to see how things span out in other states," Pisk said.