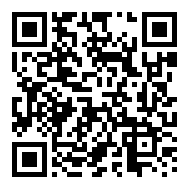 The Indian crop protection industry is expected to grow at compound annual growth rate (CAGR) of 12 per cent to reach $7.5 billion by FY19, according to a paper released by FICCI (Federation of Indian Chambers of Commerce & Industry), in association with Tata Strategic Management Group, in Chandigarh on last Wednesday. It was estimated to be $4.25 billion in FY14.
Further, the paper said the exports currently constituted almost 50 per cent of the Indian crop protection industry and were expected to grow at a CAGR of 16 per cent to reach $4.2 billion by FY19, resulting in 60 per cent share in Indian crop protection industry. While the domestic market on the other hand would grow at 8 per cent CAGR, as it was predominantly monsoon dependent, to reach $3.3 billion by FY19.
The paper stated that India's crop protection chemicals industry, which is the second largest in Asia, second only to Japan, and with a size of above Rs 26,000 crore (with almost 50 per cent of production getting exported) had huge unrealised potential. The per capita consumption of crop protection products in India is amongst the lowest in the world. The per-hectare usage of agrochemicals is only 0.6 kg in India, while for UK it is 7 kg and for China and Japan it is 13 kg and 17 kg, respectively. Low purchasing power of farmers, lack of awareness amongst them and limited reach are some of the reasons for low consumption of pesticides in India, thus creating a tremendous opportunity for the growth of crop protection industry.
According to Indian Journal of Ecology report, major crop losses due to non usage of pesticides were about 17.5 per cent of the yield amounting to Rs 90,000 crore per annum (2011 estimated). To bring focus to this important issue, FICCI in association with the department of chemicals & petrochemicals, and department of agriculture & cooperation, organised a seminar, 'Safer and Judicious Use of Crop Protection Chemicals & Application of Green Chemistry', in Chandigarh.
The seminar debated on various issues of concern to the sector. Issues included large-scale usage of spurious pesticides which has serious implications on the farmers, Indian agriculture, Indian society and the economy at large. Judicious use of pesticides involve using the right product of correct dosage and with appropriate application methodology to ensure minimal impact on non-target species.
It is not only the responsibility of the government but also moral responsibility of manufacturers to work closely with farmers to educate them on safe and judicious use of pesticides.