EU proposes to set biocide MRL in food and feed 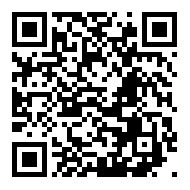 Favorites Print
ForwardShare
Jan. 19, 2015
“EU-Conference on MRL Setting for Biocides” meeting hosted by the Federal Institute for Risk Assessment in Germany (BfR) together with the European Commission in March 2014 discussed the necessity and setting of maximum residue levels (MRLs) for residues occurring in food and feed following uses of biocidal products.
The conclusion of the meeting was that MRLs are required for biocidal active substances, at least in those cases where residues in food are likely to occur from the envisaged uses. This is mainly expected for disinfectants (PT 3-5), preservatives (PT 6, 8, 12), pest control agents (PT 18-19), and antifouling agents (PT 21). Due to limited resources, priorities for MRL setting need to be identified. Substances which are potentially relevant for MRL setting could be identified by applying screening-type risk assessments (according to the guidance developed by ARTFood) and/or by using information from surveillance/monitoring. Prioritisation would be driven by phys-chem properties and toxicity (ADI and ARfD) of the substance, with acutely toxic substances having a higher priority in the short term. In addition to potentially relevant substances also potentially critical areas of use could be identified based on the PT, frequency and amount of use and phys-chem properties of the BP.
MRLs facilitate international trade, ensure consumer safety, provide a tool for direct action by food safety authorities and help to control the effectiveness of risk mitigation measures. The meeting recommended that biocide MRL setting adheres to the ALARA (“as low as reasonable achievable”) principle. The majority of participants also favoured the implementation of default MRLs where no numerical MRLs were established, at least for substances likely to occur in food. For substances used in both PPP (plant protection products) and BP (biocidal products), defaults apply already. Default values constitute a good starting point for biocide MRL setting. As soon as sufficient data is available to substantiate MRL setting, the default can be revised as appropriate. Biocide MRLs will have to be enforced. A transitional period is recommended for the implementation of a default MRL during which only food is withdrawn from the market which might pose a risk for consumers. The transitional period should be used to extend multi-residue analytical methods to biocides and to collect monitoring data. In this way, it is possible to gain a broad overview of the residue situation and setup tailored, harmonised monitoring programmes. While monitoring will focus on the food in trade in the first place, food business operators are in charge of food surveillance at all food production levels.
Concerning the question in which regulation(s) to integrate biocide MRLs, the meeting looked at substances used as biocides only and at dual-/triple-use substances, which already fall under existing pieces of legislation (PPP, VMP or others). A new stand-alone MRL regulation for biocides was not recommended. As the best possible solution a comprehensive MRL regulation was identified taking on board all substances occurring in food (PPP, BP, VMP etc.). This was, however, not considered a feasible solution. The meeting therefore favoured the integration of biocide MRLs into existing MRL legislation, as this would be the fastest and most pragmatic approach. The decision already taken on EU level was not challenged: MRLs to be set for BP uses in animal husbandry have been integrated in the updated VMP (veterinary medicinal products) regulation. A need for alignment of evaluation criteria was identified in this context. MRLs to be set for other BP uses should best be integrated in the PPP MRL Regulation, because this provides most synergies. Nevertheless this regulation would need further amendments to satisfy the needs of BP MRLs. It was emphasised that MRLs for similarly used substances should be put in the same piece of legislation and that MRL setting should be aligned as far as possible for all substances covered by one regulation. To gain the best possible overview of all MRLs which are applicable for food from all legislations, the meeting proposed a combined list and/or common data base as well as a Coordinating Committee ensuring better coordination and communication between legal frameworks. Furthermore, guidance was considered necessary on how to assess the potential aggregation of residues along the food chain, if a certain substance is used for different purposes at different steps of the production process.
Read more: Summary Report of the European Conference on MRL Setting for Biocides