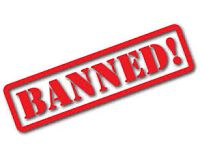 Brazilian authorities decided to prohibit neonicotinoids pesticides based on imidacloprid, thiamethoxam or clothianidin and the phenylpyrazole, fipronil over cotton and winter crops located less than 300 meters from the cotton growing areas at the flowering stage.
The decision was made official by the Agriculture Defense Department of the Ministry of Agriculture, Livestock, and Supply (mapa) and the Brazilian Institute of Environment and Renewable Natural Resources (ibama). The measure was expressed through the Joint Normative Instruction No. 1 published at the Union's Official Gazette.
According to Carlos Venâncio, a federal inspector, the normative was a result of an easing of measures adopted in the early reevaluation of four active ingredients: "This reevaluation has the goal to revise the impact of these products on native bees, as well as the high mortality of these insects detected over the last years."
Venâncio said that "these measures were suggested by notable Brazilian university researchers after the development of specific studies that were presented by Ibama and by the results of reevaluation in other countries".
View More