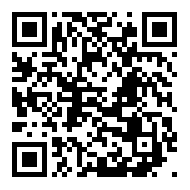 Under the third phase, Israel will be opening new excellence centres for farmers in India. These centres will be opened in Haryana, Maharashtra, Punjab, Rajasthan, Uttar Pradesh, Bihar and West Bengal, Shamir adds.

A joint declaration the Indo-Israel Agricultural Cooperation Project (IIAP) entering its third phase was signed during the summit.

Both the two countries recognised the need to extend the existing cooperation and agreed to establish a joint team to finalise the third phase of the three years action plan for further strengthening and widening the scope of bilateral agricultural development cooperation between the two countries. The joint team will submit the action plan by March this year, an Indian government official said.

India and Israel has signed first phase of agriculture cooperation in 2008, under which Israel set up five centres in India and again in 2011 it extended the cooperation for the period of three year and is setting up 22 such centres in many states across the country.
Shamir said Israel wants to help India combat hunger and provide ample food security.

According to a recent Embassy of Israel release, Israel is a world leader in advanced agriculture technologies and its success lies in the determination and ingenuity of farmers and scientists, and in the close cooperation between research and development and industry.
Israel have created a flourishing agriculture sector amidst a difficult environment with limited ground and water resources.

The agriculture cooperation includes structured interactions between governments, experts and most important - farmers. This comprises of bilateral sharing of knowledge and technologies, establishment of centres of excellence in various agriculture sectors across India, exchange visits of experts and farmers and Post-doctoral scholarships for Indian agriculture researchers in Israel.

All of the above activities focus on implementation and assimilation of the latest agricultural practices and techniques used in Israel today, including use of marginal, saline and recycled water for irrigation; implementation of advanced micro irrigation and fertigation methods to maximize yield and save water; development of proper nursery standards for production of disease-free seedlings of vegetables and orchards; use of protected cultivation which allows growing out of season increases yield and decreases pesticide use.