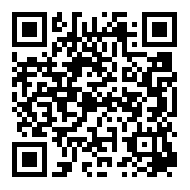 Favorites Print
ForwardShare
Jan. 9, 2015
The Ministry of Agriculture of India, in its report has recommended introduction of production subsidy to enhance production of certified seeds, inbred high yield varieties and hybrid seeds in the country.
The report, which is an impact evaluation of the National Food Security Mission (NFSM) since its inception, has observed that there is serious and urgent need to increase the production of sufficient quantities of quality seeds especially for pulses to reach the NFSM targets in coming years.
Currently, the seed subsidy is provided mostly for distribution and marketing and transport and not so much for production. These subsidies are given as a part of various technology missions and other centralised schemes.
The report is of the view that despite various efforts to ensure availability of good quality seeds of high yielding varieties and hybrids, yet nearly 70-75% of the total seed availability of good quality seeds is met through farm saved seed.
The report has envisaged a greater role of hybrid rice seed varieties to meet the region specific seeds to cater to the unmet potential for rice production in rainfed rice area. Among crops, the report suggests using five million hectare (ha) with shallow lowland and coastal ecosystem for additional rice production with development of hybrid varieties of seeds with tolerance to salinity.
It is also of the view that the flood prone areas of Assam, West Bengal, Bihar and Odisha also have the potential of cultivation of boro rice due to favourable soil water climatic conditions.
For wheat, as per the report, there is a yield gap in wheat production is about 30% of the total production is proposed to be met through rainfed districts of eastern and far eastern India like the plain areas of north eastern states. For pulses, one of the ways proposed to meet the demand – supply gap is by bringing additional about five million ha under pulses production.
As per the report, the production of wheat has increased from 75.81 million tonnes in pre-NFSM year of 2006-07 to 94.88 million tonnes during 2011-12, an increase of nearly 19 million tonnes against the envisaged target of 8 million tonnes at the end of XI Plan period.
Similarly, the total production of rice has increased from 93.36 million tonnes in pre–NFSM year of 2006-07 to 105.31 million tonnes in 2011-12 with an increase of nearly 12 million tonnes against the target of 10 million tonnes.
The total production of pulses has also increased from 14.20 million tonnes during 2006-07 to 17.09 million tonnes during 2011-12 with an increase of about 3 million tonnes against the envisaged target of 2 million tonnes.
Thus, 34 million tonnes of additional production of total food grains against the target of 20 million tonnes, were achieved at the end of 11th five year plan against the normal production at the beginning of the 11th five year plan.