Stuart Knight: Strengths and Weaknesses of a Range of Cereal Fungicides 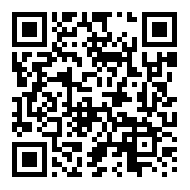 Favorites Print
ForwardShare
Dec. 22, 2014
The 2014 HGCA Agronomists’ Conference kicked off with an in-depth analysis of the strengths and weaknesses of a range of cereal fungicides, with a presentation delivered by Stuart Knight, Director of Crops & Agronomy, NIAB.
The relatively high disease pressures in 2014 had tested the mettle of the products trialled, leading to good protectant and eradicant data.
However, delegates were reminded of the importance of looking at several years’ data to iron out the influence of seasonal variation.
For septoria tritici control in wheat, the continued decline in azole activity meant straight azoles remained somewhat off the pace set by the other products/active ingredients tested.
The SDHI/azole mixtures trialled were closely matched and largely superior to solo SDHIs – showing azoles can still play a useful role.
The multi-site products tested also remained valuable as protectants, with an important role in resistance management.
Solo SDHIs tested in trials were also highly active but delegates were reminded that SDHIs should always be mixed with at least one fungicide with an alternative mode of action that has efficacy against the target pathogen.
For brown rust control in wheat, the strobilurin fungicide Comet was considered to be the star of 2014. For yellow rust control in wheat, SDHI/azoles mixtures, Comet and straight azoles gave good control, while the straight SDHIs were weaker.
For barley, the trials in 2014 saw greater differentiation between the solo SDHIs tested, with Imtrex performing relatively well, especially on rhynchosporium and net blotch.
The SDHI/azole mixtures trialled also performed relatively well against the target diseases, Siltra Xpro and Adexar were consistent, whereas Vertisan plus Proline was slightly weaker on rhynchosporium protection in 2014.
Mr Knight concluded with a statement on the importance on not relying on straight actives. Where trials were challenged by more than one disease, there was a yield benefit from the SHDH/azole mixtures compared to straights in addition to the important role of mixtures in resistance management.
Sustaining fungicide performance

Neil Paveley, Crop Protection Lead, ADAS, looked at the evolution of cereal spray timings. Using the example of septoria control, he said that there has been a trend towards more fungicide applications.
He considered this a very risky strategy due to the propensity of cereal pathogens to develop resistance to agrochemicals.
Delegates were urged not to focus on growing pristine crops, as this tactic only tends to wipe out the susceptible individuals in any particular pathogen population adding to the resistance pressure, “a crop should be as clean as it needs to be and no cleaner,” he added.
A lack of control was felt unlikely to be at the heart of the decision to add sprays beyond T1 and T2, indeed, evidence was presented suggesting there is better control now for septoria than in the early 90s.
The reason was felt to be more likely due to other drivers, such as increases in crop value making the decision to spray easier, the quicker sporulation of yellow rust and the increased value placed on using a T3 ear wash spray.
Delegates were warned that the increase in the number of sprays is putting pressure on the system and more needed to be done to protect precious chemistry.
Based on a global review of all crop pathogens, the overwhelming conclusion was that adding a mixture partner with a different mode of action can significantly slow down the development of resistance.
The important role of varietal disease resistance genes was also highlighted. The incentive for growers to select Recommended List varieties with good disease resistance was considered low as these varieties tend to be from the lower end of the yield spectrum.
However, early trials results are showing that combining resistant varieties with a low/moderate fungicide input programme could be economically more worthwhile than many people currently think.