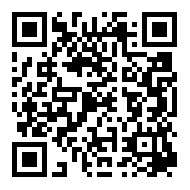 In a dramatic breakthrough, Indian scientists have found that synthetically engineered nanoparticles comprising iron and sulfur and modelled on the natural ones that sustain life at the bottom of oceans can boost crop yields and be the future of sustainable and eco-friendly agriculture. Nanoparticles are thousands of times smaller than the width of a human hair.
The projected global population will be approximately nine billion by 2050. To provide healthy nutrition to this population, agricultural production will have to increase by about 60 percent.
For answers, Indian experts have turned to the ocean and molecules that date to the origin of life on earth.
Deep down on the ocean floor, where oxygen is deficient, iron pyrite (iron and sulfur) nanoparticles spewed by hydrothermal vents - fissures - have been the source of energy for bacteria and tiny plants since time immemorial.
With these nano-factories as their inspiration, scientists have come up with an innovative way to use pyrite nanoparticles in agriculture as an agent for seed treatment to sort of "dress up" seeds prior to sowing.
This has resulted in "enhanced plant growth with minimum interference to the soil ecosystem."
They applied the technology to the globally popular leafy vegetable, spinach, scientifically termed Spinacia oleracea.
"To the best of our knowledge, this is the first evidence in the world where a special class of nanoparticle has been used as a seed treatment or seed priming agent in a controlled environment which resulted in higher production of the spinach crop in the field," Mainak Das, Assistant Professor of Biological Sciences and Bioengineering at Indian Institute of Technology-Kanpur (IIT-K), told IANS in an email/telephone interview.
Spinach is a rich source of iron, calcium and many vitamins and is consumed fresh in salads or cooked in a variety of ways. It is also the favourite pick-me-up for the famous cartoon character Popeye, the Sailor Man.
Gaurav Srivastava, also of IIT-Kanpur, said the plants developed from the primed seeds exhibited "significantly broader leaf dimensions, larger leaf numbers, increased biomass along with higher concentration of calcium, manganese and zinc in the leaves".
Interestingly, this was in comparison to the plants developed from seeds sans the nanoparticles, according to the research published Oct 29 in Royal Society of Chemistry (RSC) Advances, an international journal covering chemical sciences.
But is the strategy safe enough and can it reduce the use of chemical fertilizer without compromising production?
Das, who led the study, pointed out: "We are not putting the nanoparticles in the soil. So we are not disturbing the soil ecosystem at all (unlike what a fertilizer does, thus we call these as pro-fertilizer). It is a brief exposure."
The particles are mixed with water and the seeds then immersed for 14 hours, Das explained.
Also, since iron pyrite is ubiquitous in nature and found all over the earth's crust, chances that its such minuscule exposure to seeds will cause any adverse effect is almost negligible, Srivastava pointed out.
Additionally, as the treatment is administered in nano-dimensions, the dose requirements are reduced - an advantage over chemical fertilisers.
Researchers from Ludhiana's Lovely Professional University, the Defence Research and Development Organisation (DRDO-New Delhi), Yonsei University (Seoul) and Delhi University also contributed to the study that also pinpointed how it happens.
Apart from opening avenues of sustainable agriculture, the study has drawn an evolutionary convergence between two diverse life forms (such as bacteria and spinach) in terms of their ability to use a common energy molecule, linked to the origins of life, for biomass production.
"Currently, the DRDO and industrial engineering group of the researchers are working towards converting this amazing finding into production-ready technology. Along with this, they are also exploring the applications of the same to increase agricultural footprint in harsh environment of the northern barrier of India," Das said.
View More