US EPA restricts thiobencarb in California to protect endangered species 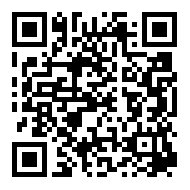 Favorites Print
ForwardShare
Nov. 24, 2014
The U.S. Environmental Protection Agency and National Oceanic Atmospheric Administration (NOAA) Fisheries, in cooperation with state agencies, rice growers and industry, announced an agreement to create federally enforceable restrictions of the pesticide thiobencarb, an herbicide used on rice crops, to protect threatened and endangered salmon and steelhead trout in California.
U.S. EPA, NOAA Fisheries, California Department of Pesticide Regulation (CDPR), the California Rice Commission, and Valent, the manufacturer of the pesticide thiobencarb, worked to put these restrictions in place.
The CDPR put in place measures to protect salmon and steelhead trout based on proximity to endangered species habitat according to NOAA Fisheries geographic locations and information from rice growers. After reviewing CDPR’s data on pesticide use and the state’s protective measures, NOAA Fisheries found that thiobencarb use on rice in California would not jeopardize salmon and steelhead trout provided protective measures currently being applied in California are ensured.
U.S. EPA is now making California’s geographic use limits federally enforceable by incorporating them into the pesticide label. These use limitations will be effective April 1, 2015. This action represents U.S. EPA’s first implementation of a NOAA Fisheries salmon and steelhead trout Biological Opinion. This action was a result of litigation brought against U.S. EPA and NOAA Fisheries by the Washington Toxics Coalition and the Northwest Center for Alternatives to Pesticides.
The protection measures included in the NOAA Fisheries’ final Biological Opinion came from several sources including the California enforcement standards, the use limitations on California’s on-line database that recommends protective measures for endangered and threatened species and from the management practices the California Rice Commission receives from the Central Valley Regional Water Quality Control Board.
California is the only state within the range of Pacific salmon and steelhead trout where rice is grown. Thiobencarb is typically used on rice from May 1 through June 15.