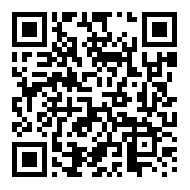 Syngenta introduced Engeo Pleno (Thiamethoxam), to control stink bug in Brazil, a product that represents an advance compared to the existing alternatives because it can be used on several different crops. This product acts against pest for longer time, and can protect plant against adult bugs and nymphs. Other characteristic of this product is micro-encapsulated, which increases the safety for the applicator.
"It is the most well adapted product to control stink bugs on soybeans. If applied correctly, its residual effect guarantees a control with more effect, less damage to the pods and more quality to the grains. These factors affect directly the producers’ profit," said Aimar Pedrini, insecticides manager at Syngenta.
"Crops that do not have adequate treatment tend to lose on average 10% of the grain because of damages caused by stink bugs. With the use of Engeo Pleno, this falls to less than 1%," noted by the executive.
In Brazil, there are three species of stink bugs considered harmful for the soybean crops. When these insects feed themselves, they inject digestive enzymes over the plants, wither them and make the grains “bad”. Other characteristic is the effect called "mad soybeans", which provokes foliar retention, making the mature soybeans stay with green leaves. "This problem affect directly the grain quality and causes sensitive losses at the final yields," concluded by Pedrini.
View More