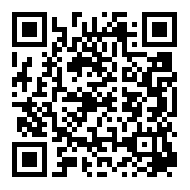 Historically, biopesticides came along largely due to the environmental pollution concerns associated with chemical pesticides. Biopesticides are pesticidal active ingredients (AI) based on microorganisms such as bacteria, viruses, fungi, nematodes and other naturally-occurring substances. They have potential to be a vital component of sustainable agriculture globally. By nature, biopesticides are sustainable and often found to be yield-enhancing without harming the environment.

The first prime example of biopesticides is “Bacillus thuringiensis (Bt),” which opened a new chapter in pest control methods. In parallel, another important technology improvement emerged, the genetically modified organism (GMO), or GMO crops. These were developed to manage environmental pollution from farming.
Due to the vastness and complex biological species involved, this article uses only microbial biopesticide as an example for further discussions.
The agriculture industry has experienced a number of acquisitions recently. Notable examples are AgraQuest by Bayer CropScience, Baker-Underwood by BASF, and Pasteuria Bioscience by Syngenta. The changing marketplace becomes even more complex as some biopesticides may have more than one unique formulation. There are some similarities between bio- and chemical formulations, including their missions and objectives. In particular, when used alone, biopesticides are expected to deliver the same efficacy as their chemical counterparts. They are expected to work cost-effectively, with an added safety margin (an advantage). Also expected are their physical and biological stabilities to a reasonable degree, which is usually the norm with chemicals. However, beyond these points, dissimilarities would become rather obvious, thus a challenge.
The major difference between the two camps is the characteristic living nature of the biopesticide. It is a must for the biopesticide to be kept dormant in storage and in transient through formulation efforts, but to spring into action when applied. Sometimes this can be a challenge for the formulator to overcome!  Although most formulation technologies are shared between these two camps, developing successful biopesticide formulations also require unique formulation designs and extra loving care.  For the microbials which may take the form of bacteria, spores, or protozoa, one keeps in mind that the actual biopesticide constitutes only part of the fermentation mixture which can be a liquid or a spray-dried powder.  Many other fermentation materials are also present as a result of the fermentation recipe and process.  Essentially, the biopesticide formulator has to contend with the existence of such extraneous materials besides the microbial itself. These materials may interact physically with other formulants in the system.
To formulate, one considers first using surfactants, dispersants, and the usual suspension aids to sustain the biopesticide particles. The surfactants employed in the formulation can be nonionic, anionic, or both as a mixture which serves the purpose of wetting the solids and preventing agglomeration of the particles. Typically the anionic surfactants adsorbed on the particle surface carry an electric charge, working at a distance when two particles approach each other to impart the electrostatic stability. On the other hand, the nonionic surfactants on the particle surface work at a very close range to promote steric stability.
Dispersants can be water soluble polymers or thickening agents necessary for a stable formulation. Being high in molecular weight, they act mostly as a physical barrier between particles in the dispersing liquid medium. Their role is critical and necessary, particularly to impart viscosity in the static state (storage) of the liquid suspension. Usually they work in tandem with the surfactants to further strengthen the stability of the resulting formulation.
A third element needed to completely secure the formulation performance is a suspension aid, including clays (attapulgite, bentonite) and silica. They are mostly inorganic minerals added to the system, usually in fine particles of 1 to 50 micron size. Suspension aids can be either hydrophilic or hydrophobic in nature. They play a significant role of separating the biopesticide particles from agglomerating with one another, usually in the static state. In a way, the suspension aids may also modify the flow rheology of the system.
When optimizing the microbial formulations, certain cause-effect studies may be necessary. The goal is to make surfactant, dispersant and the suspension aids in the formulation work together. The optimization work could start as a single ingredient (variable) at a time, or better as multiple variables by utilizing statistical DOE (design of experiment) methodology. The criteria may include, for example, the formulation type on biological efficacy (first response) and the effect of dispersant concentration on physical settlement (second response). Valuable correlations can be obtained from such variable-response data sets in designed experiment studies. However, a comprehensive approach for a complex biopesticide formulation system may require consultation with fermentation microbiologists before and during the formulation phase.
In summary, biopesticide formulations are significantly different than traditional chemical formulations. Due to rather sophisticated biomass and formulation compositions, efficacious and stable biopesticide products require special attention, formulation skills and multi-discipline approaches to meet today’s evolving challenges.
View More