Glyphosate resistant weeds in US and Brazil 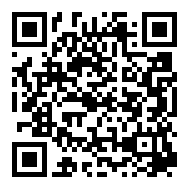 Glyphosate resistance becomes more and more often found in Brazil, Argentina and USA. The need of management techniques and new crop protection products to avoid that the problem deepens.
There is a high losses risk with these weeds in the field, even at low population. In the case of the horseweed (Conyza spp), the presence of it at six feet high in per square foot is enough to reduce up to 50% the soybean productivity, noted by Fernando Adegas, Embrapa Soja researcher from Londrina, Brazil.
The popularization of genetically modified crops tolerant to glyphosate intensified the use of the chemical, giving rise to the problem. "Glyphoshate is an excellent technology, but when a mechanism start to be used on big scale, this favors the appearance of resistant plants", said Adegas.
Private studies reveal that in the United States nearly 28 million hectares of soybeans, corn, and cotton crops face the problem of resistance to weeds. The index corresponds to 28% of the American surface dedicated to the three crops. Researchers already identified 14 different species that are resistant to glyphosate, in a total of 148 that survive against any type of herbicide.
Professor Pedro Jacob Christoffoleti, a researcher at the University of São Paulo, noted that the American example reinforces the importance of the issue in Brazil. "If adequate measures are not taken, this problem will get even more serious. Yet there aren't much alternatives to make the control of these weeds".
The researcher estimated that at least 30% of the Brazilian area planted to soybeans (or nine million hectares) are exposed to these weeds, in a zone that congregates at least eight states (Paraná, Santa Catarina, Rio Grande do Sul, Mato Grosso do Sul, Mato Grosso, Goiás, São Paulo and Minas Gerais). The technicians already identified 6 species tolerant to glyphostate, in a total of 33 that survive against any type of herbicide.
Seeking alternatives, Christoffoleti indicates three paths. The first is to mix the use of glyphosate with other herbicides, an alternative considered costly by producers. Other option is to rotate cultivars by using the glyphosate tolerant varieties and conventional varieties. Finally, in the long-term, the other way is to stack more genetically modified events in order to tolerate more than one agchem. "Today this can represent an additional cost, but in the long-term the benefits end up being bigger" said the researcher.
View More