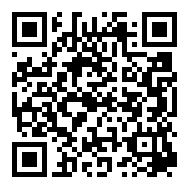 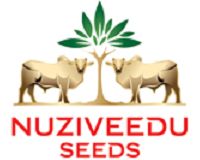 Mandava Holdings, the Rs 5,500-crore parent company of Nuziveedu Seeds - one of the top Bt-cotton producers in India – is gearing up to raise as much as Rs 800 crore. Hyderabad-based Mandava Holdings, which straddles businesses across power, textiles, sugar and infrastructure, besides cotton and seeds, might use a part of the fresh fund raising to provide a part exit to global private equity major Blackstone, which has invested Rs 250 crore in Nuziveedu Seeds. Mandava Holdings will also be using a part of the funds to settle its Rs 700-crore debt repayment, which will be due in March 2015.
According to sources, Mandava Holdings would raise the money through two tranches of Rs 450 crore and Rs 350 crore. Investment bankers added that in addition to the possibility of providing a part exit to Blackstone through this route, Mandava Holdings, which controls 85% in Nuziveedu Seeds, has once again started the process for a public offer - another route for Blackstone to exit further. Mandava Holdings' management could not be reached for comments.
Mandava Holdings hitting the market to raise funds through the private placement route is likely to draw a host of private equity majors who were keenly looking at investing in the holding company structures. In the recent past, holding companies of various established companies such as Avantha Group, Apollo Hospitals, GMR Infrastructure, Leela Group, besides the earlier transaction with Coffee Day Group had evinced a keen interest from various private equity players. Global private equity major Kohlberg Kravis Roberts (KKR) has been among the extremely aggressive ones who have been on many such structured transactions.
Mandava Holdings is betting heavily on its flagship Nuziveedu Seeds, which is involved in production, processing and marketing of hybrid seeds of various crops and vegetables. Investment bankers further indicated the company had in 2011 planned a Rs 900-crore public offer, which was subsequently shelved.
Nuziveedu Seeds, which has revenues of about Rs 900 crore, is among the top-three players in the Indian cotton seeds market with 25-30% market share. However, last year, the operating profit margin dropped to 18 per cent from 26% owing to monsoon vagaries.
According to industry analysts, a healthy portion of its Mandava Holdings net worth of Rs 7,300 crore comes from a good chunks of properties that the group owns, which is being jointly developed with reputed developers.
View More