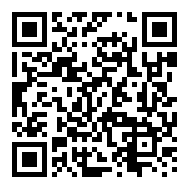 The companies stated that they will use the gene in their first-generation drought-tolerant corn product which is designed to provide yield stability to their farmer customers. This product will be the first biotechnology-derived drought-tolerant crop in the world.

The announcement comes at a time when recent studies, including one by the U.S. National Academy of Sciences, are warning of declining crop yields and global food shortages as a result of climate change. According to a United Nations Food and Agriculture Organization report prepared for ministers of the G-8, the number and duration of dry spells, especially in already drought-prone areas, is expected to increase.

"The development of this trait demonstrates the strength of our robust discovery engine which is fueled by our ongoing investment in R&D," said Robert Fraley, Chief Technology Officer for Monsanto. "It also reflects our commitment to our farmer customers and a recognition of the investment they make in our products. Drought-tolerant corn will be another tool with which we can help them meet the challenges facing agriculture today."

"BASF and Monsantos drought-tolerant corn is the first result of our plant biotechnology collaboration of which I am very proud," said Jurgen Schweden, Senior Vice President R&D, BASF Plant Science. "With our complementing technologies, we are able to bring more and better products to farmers faster," he added.

Monsanto and BASF noted that the drought-tolerant corn product is targeted for as early as 2012 pending appropriate regulatory approvals. Both companies also recently announced that they have completed regulatory submissions for cultivation in the United States and Canada, and for import to Mexico, the European Union and Colombia. Submissions in other import markets will follow in the months to come.

Drought-tolerant corn technology is part of the R&D and commercialization collaboration in plant biotechnology between BASF and Monsanto, announced in March 2007. The two companies are jointly contributing $1.5 billion over the life of the collaboration, which is aimed at developing higher-yielding crops and crops more tolerant to adverse environmental conditions such as drought.

The first-generation product is part of a multi-generational family of biotech drought-tolerant products the companies plan to bring to market in the next decade. Both BASF and Monsanto continue to bolster the joint pipeline with other genes for drought tolerance as well as other abiotic stress tolerance traits. Among them is the second-generation drought-tolerant corn, currently in Phase 2 - which consists of laboratory and field testing.

Monsanto decided to collaborate with BASF because the company is excellently positioned to provide traits as a series of successive upgrades within a particular crop. For BASF, Monsantos track record of commercializing traits and breeding desirable germplasm ensures that BASFs innovations quickly reach the widest base of farmers.
Monsantos discovery engine - to which the company contributes $2.6 million a day - continues to screen, evaluate and advance genes with promising yield and stress tolerance characteristics.

Monsantos discovery engine combines cutting-edge breeding and biotechnology research using elite germplasm from around the world to deliver the best seed-based solutions for increased on-farm productivity. Drought tolerance as well as other traits in development, such as higher-yielding soybeans and disease-resistant cotton are key to meeting the companys Sustainable Yield Commitment.