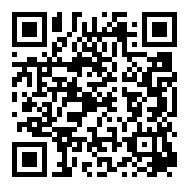 Favorites Print
ForwardShare
Jul. 9, 2014
Professor Ciro Antonio Rosolem said "According to farmers, it would be impossible to grow cotton without GMO ", a member of the Scientific Council for Sustainable Agriculture (CCAAS) and professor at the College of Agricultural Sciences of the State University of São Paulo.
The expert told that "traveling through the fields of Bahia and Mato Grosso, I could conclude that the use of GM cotton cultivars resistant to Helicoverpa allowed the reduction of insecticide application from 12 times to 5 or less than 2 times, depending on the employed technology ".
"It is right that soybeans and corn cultivated areas are a lot bigger than cotton. It is also correct to say that the resistant soybean varieties and other technologies tend to lose its effect. It is worthy to pay attention cotton in current season. The estimate was that the GM cotton would reach to 1.7 million acres or 65% of the total area in current season. In the previous crop season, the number was 49.4% of the total area. This could explain the expansion of Helicoverpa" said Rosolem.
Rosolem also said "In this crop season the expansion of transgenic crops to several locations in Brazil is mainly because of the big expansion of Helicoverpa armigera caterpillar ".
"However, it is fundamental to learn the lesson left by corn, which has lost tolerance. Only the correct use of technology, with refuge and other recommendations would bring benefits in the long-term. It is a precious tool that we can't lose ", pointed by Rosolem.