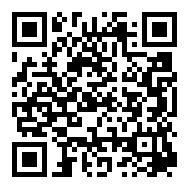 Favorites Print
ForwardShare
Jul. 4, 2014
Bayer remains committed to environmentally safe use of its products. More than 100 studies have concluded that when used according to label instructions, neonicotinoids are not harmful to bee colonies.

Consumers have come to depend upon the benefits of neonicotinoids for beautiful plants found at retailers and healthy gardens around their home. Bayer is committed to the environmentally safe use of plant products and technologies that help sustain them.

Plant protection products, including neonicotinoids, are extensively reviewed by the US Environmental Protection Agency (EPA) to make sure they are safe for humans and the environment before they reach the market.

Neonicotinoids have been shown to have minimal environmental impact while protecting plants from destructive pests. More than 100 studies have concluded that when used according to label instructions, neonicotinoids are not harmful to bee colonies.

“We believe that without the use of modern technologies, not only will our beautiful landscapes be threatened, but agriculture cannot achieve the level of food production necessary to feed the world in the years ahead,” said Jim Blome, president and CEO of Bayer CropScience in North America. “Coordinated attacks by activist groups are actually detracting from evidence-based science pointing to the true stressors to honey bee health.”

A report issued last year by the United States Department of Agriculture (USDA) and the US EPA said honey bee health is being impacted by a wide range of factors including lack of forage, disease, and parasites. In fact, the USDA recently identified the Varroa mite as the most important factor related to honey bee colony decline.

Australia uses neonicotinoids and has not experienced colony decline, possibly because honey bees there have not been threatened by invasion of the Varroa mite.