Is India ready to become an agrochemical R&D hub? 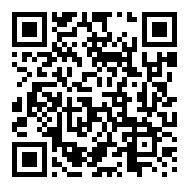 By Rajesh Aggarwal, the Managing Director of Insecticides (India) Limited
Much like the pharmaceutical sector, India’s agrochemicals industry too has thrived on making generics rather than investing in research & development (R&D) to produce new molecules that can be patented. The later approach requires making substantial investments that will not have immediate or short term gains but fundamental long term benefits for the industry. Indian companies have mostly chosen to market generic agrochemicals to make money looking at the long lengthy process of new product registration.

In recent years, however, there is an increasing realisation that the Indian chemical industry is forsaking long term gains by adopting a myopic view. The demand for agrochemicals, on increasing trend, thanks to the growing awareness and willingness of the farmers to invest in the crops. So is the need to create products that benefit the local farmers and suit their agricultural conditions. New molecules will also add to India’s intellectual property and this brings substantial gains for companies in the longer run. However, foresight is crucial here. Indian companies should be ready to make long term investments and willing to withstand longer gestation periods for R&D to reap fruits. The right approach is to strike a balance between marketing generic agrochemicals and inventing new. Time is ripe for the Indian industry to take a new plunge and graduate to the next level.

India is currently the fourth largest producer of agrochemicals globally, after the US, Japan and China and the agrochemicals industry remains very crucial to the Indian economy that is still heavily dependent on the agriculture sector. The increasing population of India (already 16% of the world lives in India which has 2% of the total landmass of the world) is limiting the availability of per capital cultivable land. Increase in production to meet the growing need for food grains can be achieved only through greater emphasis on agrochemicals and their judicious use.

With the domestic consumption increasing, employment of advanced technology and strategic moves by the agrochemicals industry can actually raise the export capacity of the Indian agricultural as well. It is noteworthy that India still exports food grains.

It is estimated that the Indian chemical sector spends 1-2 per cent of their total turnover on R&D as compared to around 5-10 percent by the chemical industry in the developed countries. This is not an encouraging trend and needs to change if Indian agrochemicals industry has to remain globally competitive.

With the Indian agrochemicals industry today mature enough to make long term investments, a number of players are talking about the need to make R&D investment a major part of their strategy. The use of low dosage, high potency agrochemicals is the way forward.

Due to its inherent strength of low-cost manufacturing and qualified low-cost manpower, exports remain viable for the Indian industry. However, most of the exports are off-patent products. R&D to develop a new agrochemical molecule is a high investment area that requires much in financial investment plus a long gestation period of 3-5 years for registration of new chemicals. High investments have deterred Indian players from developing new molecules and have instead led to increased focus on generics.

A strong presence of MNCs in Indian markets who have the ability and know-how to develop and launch innovative products has made it easier for Indian players to develop the capacity for contract manufacturing for short term gains rather than investing time and money on producing new chemicals which would have a long term benefit. Indian companies typically have not focused on developing newer molecules and will face challenges in building these capabilities.

The Indian agrochemicals market grew at an impressive 11% from $ 1.22 billion in 2008 to an estimated $ 1.36 billion in 2009. However, the local demand for agrochemical products remains low due several factors including lack of awareness among farmers. The result is that India remains a net exporter of pesticides to countries such as the US and some European & African countries and in 2008 exports formed 50% of total industry turnover, according to estimates made by FICCI.

The current time is very crucial for the agrochemicals industry in India. The turn the industry takes now will decide whether we will be able to evolve into indigenous chemical producing industry or remain reproducers of generic molecules. The good part is that many companies in the industry have realised this and are turning focus on R&D in a big way. The next 10 years will tell a different agrochemicals story in India.