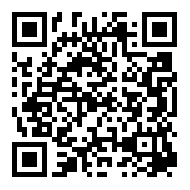 Favorites Print
ForwardShare
Jun. 30, 2014
Phoma pathogen Leptosphaeria biglobosa may be more significant in disease development than previously thought, according to new research underway at the University of Hertfordshire.
Although originally thought to be the less damaging of the two pathogens which cause phoma stem canker, research suggests L. biglobosa may cause basal stem cankers as well as L.maculans, which has hitherto been considered the more damaging.
PhD student Thomas Sewell from University of Hertfordshire (UH), who is six months into a three-year project jointed funded by Felix Thornley Cobbold Agricultural Trust, Perry Foundation and UH, is aiming to identify differences between the two closely related pathogens and what effects fungicides are having on them. Mr Sewell shared his findings to date at the open day.
So far, fungicides have shown less activity against L.biglobosa than L.maculans in laboratory studies but further work was required to confirm whether this occurred in the field.
Mr Sewell’s findings also showed L.biglobosa spores were released in the winter and L. maculans were released in the autumn.
Mr Sewell said it was too early to say whether varietal resistance to the L. maculans pathogen will also confer resistance to L.biglobosa.
View More