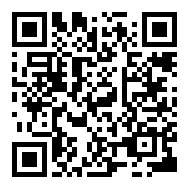 Taste is one of the main reasons Indian farmers are not taking to cultivation of high-yield hybrid rice varieties developed by scientists and research institutes across the globe, experts said.

"One of the main reasons that Indian cultivators are not planting the latest hybrid rice varieties is they do not like the taste. The other reasons are lack of awareness and access to the better seed varieties," said International Rice Research Institute (IRRI) senior scientist Takashi Yamano.

Yamano was among several scientists from different countries who spoke at the inaugural session of the two-day 'Seed Summit on Enhancing the Seed Supply Chain in Eastern India', organised here by the Cereal Systems Initiative for South Asia (CSISA).

The yield of rice is in the range of three tonnes per hectare in India. The yield of rice in Southeast Asian countries like Thailand, Vietnam, Cambodia, Indonesia is almost double in comparison to India, Yamano said.

"Indian farmers are using hybrid seed varieties of rice generated 20 to 30 years ago, despite the fact that better varieties have been released over the last two decades. Cultivators of Bihar, West Bengal, Jharkhand, Odisha and Northeast India lag way behind other Indian states in the use of hybrid seeds. This keeps productivity at a very low level," said Yamano.

David J Spielman, Senior Research Fellow at US-based International Food Policy Research Institute (IFPRI) said taste and cooking quality proves to be a hindrance when it comes to adoption of hybrid varieties, but expressed the hope that the situation would improve in the coming years to help provide food security cover to a billion people in India.

"We have the example of IR36, the hybrid rice variety which is widely planted across the globe. In the beginning, farmers in India resisted it in 1960s and 1970s on the grounds of taste, but it has become very popular now. We hope the latest high yield hybrids will also catch up in the same way," said Spielman.

Speaking at the summit CSISA Hub Activities Coordinator R K Malik was all praise for Bihar as it was excelling in adoption of high-yield variety of hybrid seeds of maize and rice, which was leading to a rapid increase in productivity.

"Maize productivity in Bihar has risen from 1.8 tonne per hectare to 2.7 tonne in the recent years due to very good adoption of hybrid seeds for the winter or Rabi maize crop. However there is much scope for improvement in the Kharif or summer maize crop as the use of hybrid seeds is still low," added Malik.