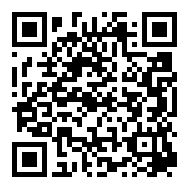 Studies funded by the Grains Research and Development Corporation (GRDC) have found that the extent of insecticide resistance in green peach aphid (GPA) populations across Australia has escalated.
With widespread resistance to synthetic pyrethroids, carbamates and organophosphates existing in Australia’s mainland cropping regions, insect pest management experts say rotating chemical groups and taking advantage of biological control are essential to extend the useful life of available chemistries.
They say heavy reliance on insecticides to manage aphid populations places strong selection pressure on the insect to develop resistance, leaving growers with limited future control options.
GPA is a pest of canola and some pulse crops, and also attacks several horticultural commodities. Aphids can transmit more than 100 plant viruses, such as beet western yellows virus (BWYV) and cucumber mosaic virus (CMV). A combination of BWYV and aphid damage early in the life of a canola crop can cause yield losses of up to 50 per cent.
Research led by science-based company cesar has been investigating GPA insecticide resistance in cropping regions over the past two years, and the findings and implications for growers are outlined in a new GRDC Fact Sheet, Resistance Management for Green Peach Aphid.
Dr Paul Umina, of cesar, says resistance to synthetic pyrethroid insecticides has become significantly more common over the past 10 years. Organophosphate resistance has also been identified in many field populations across all states.
“More alarming was the discovery that more than half of all populations surveyed across Australia were resistant to the carbamate, pirimicarb,” Dr Umina said.
“At the population level, we have identified resistance to all three chemical groups – synthetic pyrethroids, carbamates and organophosphates. GPA resistance to insecticides has been known overseas for some time, however the widespread resistance to all three chemistries is something that has only been observed recently in Australia.”
Dr Umina said the levels of resistance identified were far greater than what was anticipated.
The confirmation of widespread resistance to pirimicarb was particularly concerning for pulse and oilseed growers because this chemical has been seen as a fallback for aphid populations resistant to other chemical groups. Pirimicarb is aphid-specific and less harmful to other invertebrates when applied to crops so is compatible with an integrated pest management (IPM) approach.
Within Australia, GPA primarily reproduce asexually to produce clones of themselves, and recent studies have shown that individual clones contain resistance to multiple chemical groups. This unfortunately means that controlling these populations will be difficult with chemicals, even if rotating between different chemical groups.
Western Australian-based CSIRO research scientist Dr Owain Edwards says it is likely that GPA has developed resistance to more insecticides than any other insect species, not only in Australia but throughout the world.
Dr Edwards said that since he was involved in a GRDC-funded national survey of GPA in the mid 2000s, the increase in insecticide resistance in Australian populations had grown at a significant rate.
“With the resistance profile we now have, controlling GPA in years of high infestation can be difficult,” Dr Edwards said.
“Problem years for GPA tend to be associated with an abundant ‘green bridge’ over summer, so it is important to eliminate weeds and volunteer crops growing during the period between harvest and sowing.”
Growers are advised to implement GPA insecticide resistance management strategies, as outlined in the new Fact Sheet, including:
• Avoiding the use of cheap, broad-spectrum ‘insurance’ sprays
• Applying insecticides only after correctly identifying pest species and monitoring to determine the likelihood of crop loss
• Rotating insecticides from different chemical groups
• Incorporating non-chemical control methods and encouraging beneficial insect activity by using ‘softer’ chemicals and biopesticides.
View More