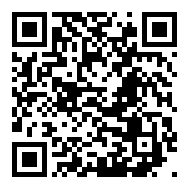 Chinese agrochemical company Shangyu Nutrichem (subsidiary of Huapont-nutrichem) has received a temporary registration approval for its 98% isoxaflutole technical (for export only) from Institute for the Control of Agrochemicals, Ministry of Agriculture (ICAMA). As per Chinese registration watch, Shangyu Nutrichem is the first and only company approved for isoxaflutole technical in China.

Isoxaflutole is a broad-spectrum herbicide mainly used in maize and sugar cane for the control of grass and broad-leaved weed. The active ingredient could rapidly metabolised in plants to form diketonitrile after being absorbed via roots and leaves. Diketonitrile is a p-hydroxyphenyl pyruvate dioxygenase inhibitor leads to indirect inhibition of carotenoid biosynthesis and ultimately causes chlorosis in plants.

Developed by Aventis and now part of Bayer portfolio, isoxaflutole has become a leading herbicide product in the world. Certis has the marketing rights of the product in Benelux countries.

Isoxaflutole was first introduced in 1996 and gained good market acceptance in US, Argentina, and France. In 2006, Bayer authorized Dupont to use the product in Dupont’s maize herbicides in USA. The year after, Bayer launched isoxaflutole as Cadou Star in U.K. on forage and grain maize.

The sales of isoxaflutole has got increasingly mature and its global sales in 2012 reached 190 million.