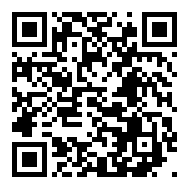 Recently the BIOCOMES project, prospecting for the development of biological pest and disease control options in arable and horticultural crops and forestry have received a boost with the announcement of new European Union research funding to aid their development.

The BIOCOMES project will focus on the development of at least 11 new biological control products, designed to combat diseases such as powdery mildew in cereals, brown rot in stone fruit and pest insects such as gypsy moth and pine weevil in forestry.

The project is led by the University of Wageningen in the Netherlands and has a total budget of €12 million (£9.8 million).

BIOCOMES was initiated by small‐and medium‐sized European biological control enterprises. General objective of the project is to provide the fundamental information for the development of innovative plant protection products based on invertebrate biological control agents (parasitoides, entomopathogenic nematodes), baculoviruses for pest control and bacteria and fungi for pest control and fungal disease control by seed treatment and pre‐and post‐harvest application in protected and non‐protected cropping systems.