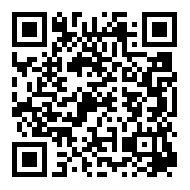 Under the collaboration, GDM Seeds will develop and commercialize proprietary soybean varieties incorporating HB4® stress-tolerance technology. Integration of the HB4® trait into the GDM Seeds soybean breeding program has been in progress under an earlier research agreement.

“GDM Seeds is one of the most respected names in the soybean seed industry, with a significant market share in South America, which accounts for 49% of global soybean planted area,” said Eric Rey, President and CEO of Arcadia Biosciences. “The Verdeca/GDM Seeds collaboration will create significant value for soybean growers and end markets by increasing the productivity and sustainability of the world’s most important protein crop.”

Grown on 112 million hectares globally, soybeans are the world’s fourth-largest crop. Nearly 44% of the world’s soybeans are grown in Argentina and Brazil. Growth in global population, combined with a growing middle-class in countries such as China and India, create an ever-increasing demand for dietary protein from soybeans.

“GDM Seeds invests in breeding programs and new technologies to develop better soybean varieties and bring those varieties to farmers through its brands Don Mario and Brasmax as well as its licensing partners,” said Gerardo Bartolome, President of GDM Seeds. The combination of our elite germplasm and an innovative technology like HB4® should give farmers a very valuable tool to help increase their productivity.”

About GDM Seeds
GDM Seeds is a leading Argentina-based seed company focused on soybeans, but with operations in wheat and corn. GDM Seeds soybean varieties are consistently ranked among the top varieties in key soybean markets such as Argentina, Brazil, Uruguay and Paraguay. Additionally, the company has been at the forefront of technology adoption in South America and prides itself on bringing value and crop improvement to farmers.