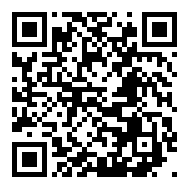 The first cases of soybean rust in commercial soybean fields in the states of Mato Grosso and Goias were confirmed recently. In Mato Grosso this first case came two days earlier than last year and one of the earliest recorded in the state. A total of 19 cases of rust have been confirmed in Brazil and until last week, all the rust had been found in volunteer soybeans. Currently, there are 10 cases of rust in Sao Paulo, 4 in Mato Grosso, 3 in Goias, and 2 in Parana.

According to the technical director of the Mato Grosso Soybean and Corn Producers Association (Aprosoja/MT), Nary Ribas, the situation is nothing to be alarmed about and farmers need to keep monitoring their fields for the presence of rust. He noted that the first cases of rust were found in municipalities where the farmers and landowners were less successful in eliminating all the volunteer soybeans during the 90-day soybean free period. No one can say for sure, but it is likely that the disease stayed active between the two growing seasons by surviving on these volunteer soybeans. The purpose of the 90-day soybean free period is to minimize as much as possible the bridge between the crops and generally it has worked quite well.

Agronomists are hoping that new fungicides available this growing season will help to not only control the disease, but also to slow the development of rust strains that are becoming more resistant to the current fungicides. For a decade, farmers in Brazil have been using the same fungicides with less and less effectiveness every year as the disease develops new resistant strains. It's like an "arms race" between the scientists and the disease. Shortly after a new chemical is developed, the disease starts to mutate and develop resistant strains. That is why new chemicals need to be constantly developed in order to try and stay ahead of the disease.

The ultimate solution is the development of soybean varieties that are resistant to the disease. Plant breeders have made limited progress toward this goal and most scientists feel it will be possible someday.