Herbicides 2014: A Weed Killer For Every Weed 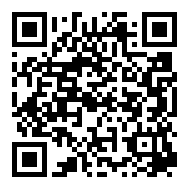 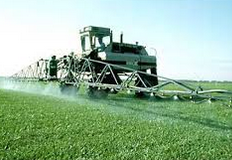 Increased resistance to glyphosate and other chemistries has spawned a rather interesting paradox in the adoption of crop protection products — namely herbicides — at least among ag retailers that responded to the 2013 CropLife 100 survey.

Although ag retailers reported a 4% drop in overall market revenue from herbicide sales when comparing 2012 to 2013, a notable 78% of all respondents reported a revenue increase in herbicide sales at their operations for the 2013 season. Furthermore, 40% of respondents said that herbicide-resistance is “a major problem in many of the fields we service,” while an additional 37% of retailers allowed that resistance existed “in some” of the fields they serviced in 2013.

“We’ve had a big uptick this year in herbicides other than glyphosate, at least in soybeans, coming into the market, both pre-emerge and post-emergence,” says Marc Hennen, Syngenta, soybean brand leader. “So there’s more weed resistance and more growers are concerned about it, and those same growers now have to manage it with different herbicides and the benefits are showing up in the higher yields being reported.”

According to Dr. Greg Armel, herbicide technical market manager, BASF, the Research Triangle Park, NC-based multinational has 12 herbicide modes of action for corn and soybeans, currently tops in the industry, in its Advanced Weed Control Portfolio.

Notable among those 12 modes of action are the Kixor branded herbicides, which includes Sharpen and Verdict (Outlook plus Sharpen). Another new addition to the Advanced Weed Control Portfolio is Zidua (pyroxasulfone) herbicide. “We like to recommend either Verdict or Sharpen plus Zidua, ahead of both corn and soybean emergence, because together they give you exceptional burn down and residual control,” says Armel. “Sharpen has some really good activity on larger-seeded broadleaf weeds, so when mixed with Zidua you get outstanding residual control of a broad array of grasses and broadleaf weeds Including Palmer amaranth and waterhemp to name just a few.”

Mark Oostlander, herbicide technical market manager, works firsthand with Verdict. “Verdict is a a unique product that combines both a strong burndown of emerged weeds and residual control of emerging weeds, so you get the benefits of both the rapid, complete burndown and the early season residual control.”

Bayer CropScience’s Al Luke, strategic business lead, characterized 2013 as a success for the company’s flagship herbicide brands, although he says coming into the season there were supply concerns regarding Liberty herbicide.

Additionally, Luke reports that Ba¬lance Bean herbicide and Balance GT soybeans are still in the regulatory review process and should be available to growers in the near future.
Bayer also expects to receive registration on a new corn herbicide, DiFlexx, by 2015 (assuming registration).

“Right now we are looking at a 2015 launch for Enlist corn and soybeans, Enlist E3 soybeans and the Enlist Duo herbicide,” advises Palmer. The delayed launch is the product of USDA filing for an Environmental Impact Statement (EIS) in May on both Enlist as well as Monsanto’s dicamba-tolerant cropping system.

While surely an inconvenience, the delay gave Dow additional time to demonstrate and train on responsible use of the system, according to Palmer. “This 2,4-D choline formulation is not like other traditional 2,4-D products. We’ve created a proprietary manufacturing process resulting in lower volatility and minimized potential for drift via increased droplet size.

“Another thing we are hearing is tha the product has a much lower in-field odor,” he adds. “And that’s something that the applicators we talk with are very excited about.”

Enlist Ahead, a new best management program for growers, retailers and applicators, will provide technology advancements, management recommendations and education and training. The Enlist 360 training program, which is part of Enlist Ahead, will also see a significant ramping up of efforts in ’14. Large field training exercises, as well as a continuation of 2013 research plot studies throughout eight states, will also take place in 2014.

“All of our folks that ran grower research plots are really happy with how the product handled and how easy the rates were to calculate,” says Palmer. “And 90% rated their weed control with Enlist in corn as higher than what they are using today.”

DuPont Crop Protection also has new material in soybeans earmarked for 2014 launch, according to Jennifer Goodman, soybean portfolio manager. Both pre-emergence products, Trivence will combine three modes of action and is “the next step in addressing weed resistance for many growers using existing pre-mixes” and Afforia, a pre-plant burndown plus residual herbicide “focused more for northern growing seasons and crop rotations, especially effective for no-till acres.”

According to Goodman, DuPont plans to do more large-scale field work in the coming year on the two soybean herbicides.

In corn, Instigate enjoyed a limited run in 2013 in the eastern Corn Belt, and DuPont is primed to move the product into the big “I” states as well as what was once known as “Cereals Country” in the Dakotas and down into Texas, according to Jeff Carpenter, U.S. corn portfolio manager.

“This product gives the flexibility for one-pass or two-pass weed control, which is something that corn growers want, and its dry-formulation is pretty unique in the corn market,” he says. “You can really super-charge any pre-emergence atrazine-containing product with Instigate.” Carpenter says Instigate sold out in 2013 and was popular due to its ability to be used pre-plant, pre-emerge, or early post.

For 2014, Alluvex herbicide is brand new and labeled in the Dakotas and Upper Midwest. According to Carpenter, the product is for pre-plant and pre-emergence burndown applications to field corn and is particularly effective on the problematic volunteer Roundup-Ready canola they are finding more prominent in that region, as well as wild buckwheat and dandelions.

PrecisionPac, DuPont’s custom herbicide dry-blend service for retailers, was launched in 2013 for cereal crop growers in the Dakotas and Great Plains regions, and will go through pilot testing for corn and soybeans in 2014. As of press time the company is still finalizing a roster of Midwest-based retailers that will participate, according to Carpenter.

And Authority Maxx and Marvel are ideal partners to join the Roundup Ready PLUS platform in 2014 because they target many of those same difficult weeds.”

Early 2014 into 2015, FMC says it will introduce several new crop protection solutions for various crop segments such as corn, wheat, cotton and cereals. An extension of Anthem herbicides is also anticipated to be announced mid-year.

MANA, a company that is transitioning from  a post-patent product platform to now proprietary crop protection offerings, will have two new soybean herbicides to add to its portfolio: Pummel (metolachlor + imazethapyr) and Torment (imazethapyr + fomesafen). Both products are labeled for pre-emergence application, boast application flexibility with early-season residual properties and contain two different modes of action while targeting  grasses as well as broadleaf weeds.

“Soybean growers don’t want to get behind the 8-ball and go through the same type of struggles as what they saw in cotton,” says Dave Downing , brand leader. “And, although dicamba and 2,4-D are coming, there still isn’t a single silver bullet on the horizon. Even those chemistries will need to be coupled with herbicides hosting residual activity and diversified modes of  action.
“Knowing what the core necessities are to accurately address resistance,  we know Pummel and Torment will be good fits for most resistance scenarios.”

MANA is also coming to market with a new EC formulation technology, Voxien. This new tech offering is designed to address environmental stewardship and increasing regulatory restrictions.
According to Downing, Voxien is not a product itself but rather a branded solution for its  formulation technology that will be utilized to improve existing MANA products. When the technology is applied, Voxien delivers reduced environmental impact and improved ease of use, claims Downing. Downing characterizes Voxien as  ‘the next step in E.C. formulation.’ “Voxien is designed to address the issues around volatile organic compounds and is a superior advanced offering that directly speaks to clean air act issues, reduction of personal protective equipment (PPE) of applicators with lower odor and reduced signal words.”

Monsanto’s coming dicamba-tolerant system, like its Dow 2,4-D brethren, was also impacted by USDA’s decision to conduct an EIS, according to Kim Magin, director of industry affairs. “We maintain our stance that the EIS is not warranted,” she says. “This process has delayed our commercial plan by at least a year and added an additional year into our regulatory timeline.”

Magin says the company will use that extra year for “training retailers and to further refine the system.” The biotech giant has already begun that by restricting dimethylamine salt (DMA) use in the system, and is developing new low-volatility formulations and technology. The company’s Roundup Xtend (a glyphosate-dicamba premix) and XtendiMax (straight dicamba) will be among several products permitted for use in the system.

Learning Xperience sites, which will be used to educate retailers, applicators and farmers on new required application practices, will be expanded in 2014 as Monsanto gears up towards a 2015 launch, pending regulatory approval.

At Syngenta, Flexstar GT 3.5 (glyphosate + fomesafen) and Boundary (S-metolachlor + metribuzin) herbicides are the company’s top offerings for battling resistant weeds in soybeans, according to Hennen.

While no new herbicide products are on the horizon for 2014, Hennen says Syngenta is developing MGI herbicide-tolerant soybeans that could see regulatory approval in a few years. MGI tolerance is being co-developed with Bayer CropScience and will be tolerant to three herbicides (mesotrione, glufosinate and isoxaflutole) to enable better and more sustainable soybean weed management, he says.

In corn, Gordon Vail, corn herbicide technical product lead, says that, while Lumax EZ and Lexar EZ herbicides are quickly becoming the “industry-leading standards in corn,” Halex GT has “really taken off,” as one of the key products among Syngenta corn solutions for 2013.

Vail also says that a new HPPD-inhibiting active ingredient, bicyclopyrone, is on track for a 2015 launch. Car¬rying the code name “A197,” Vail says the new active has “very strong pre-emergence and post-emergence activity” on giant ragweed. A197 will come in a liquid formulation and is “moving the weed control peg a step farther to better control.” Syngenta plans to introduce technical information about the product at the upcoming annual Weed Science Society Association meeting.

According to Dave Van Dam, marketing manager of proprietary pesticides, WinField has a robust portfolio of brands to meet the needs of corn and soybean growers. Among those brands are pre-emergence residual products such as Charger, Confidence and Dimetric in corn, as well as Charger, Dimetric, Framework and Trust in soybeans.

Rugged, WinField’s 2,4-D Acid, is another notable product from the Shoreview, MN-based manufacturer. “Rugged provides the weed control efficacy equal to esters, but has extremely low volatility like amine formulations,” explains Van Dam. “This brand has proven itself in fallow situations where the product is sprayed in a field adjacent to another crop. It simply stays where it is sprayed. We see this as a game changer in 2,4-D technology, especially as concern for drift continues to grow.”

At Valent U.S.A. Corp., Fierce (flumioxazin + pyroxasulfone) herbicide’s first year of commercialization in soybeans was “a resounding success due to the length of residual control growers experienced,” says Gary Schaefer, product marketing manager. “From a sales perspective, we have seen strong adoption of the Fierce brand as well as continued growth of our Valor and Valor XLT.”

Schaefer says that, although spring planting conditions were exceptionally wet and cold in 2013, Valor and Valor XLT were still widely used by growers.

That aforementioned cold and wet spring ended up benefiting Cobra herbicide, a post-emergence solution in soybeans.

“With the cold and wet spring, there were growers unable to apply a pre-emerge herbicide, resulting in many growers looking for a safe product to apply post emergence to control tough weeds,” says Schaefer. “Growers in a corn/soybean rotation also don’t want the risk of using a product that could carry over into next year’s corn and cause injury. Cobra does not carry over and the application date is flexible. It truly is a safe and effective post emerge product.”